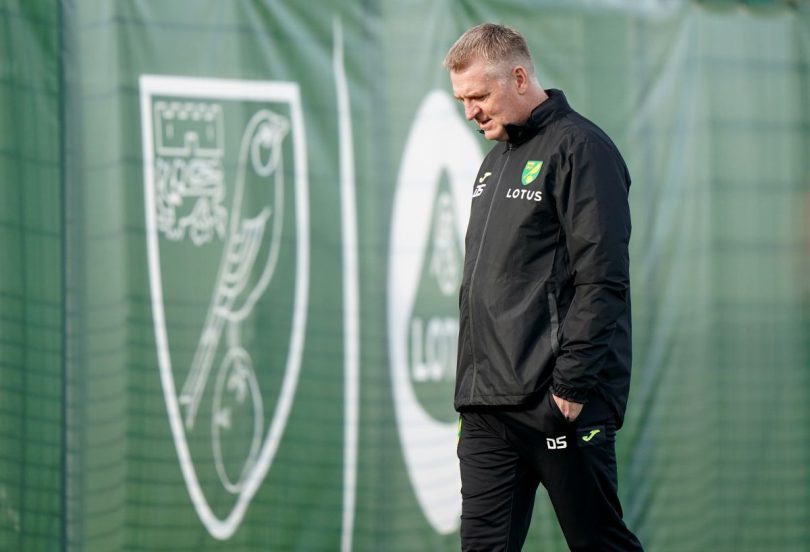 Norwich head coach Dean Smith hopes getting the little details right can make the biggest difference as his side struggles to keep the fading Premier League dream alive.

The Canaries host relegation rivals Burnley on Sunday and will face a side to build on the momentum of their win later in the week over Everton.

Norwich are bottom of the table, seven points from safety and have played more games than the Clarets and Toffees, who sit in 17th place.

Last weekend’s rather fortuitous goalless draw at Brighton, where the hosts missed a penalty and plenty of other clear chances, halted a six-game losing streak in the league.

Smith and assistant Craig Shakespeare have been coaching the team to face key decisions at crucial moments that could prove crucial.

“We’re putting them in training situations where they have to make good decisions,” Smith said.

“The more repetitive it can be to make good decisions, the more likely they are to do it on game day.

“I have always said that confidence is something very important in football. I think the point in Brighton, not the performance, but the point, and the result (help).

“I don’t need to tell the players how big the game is (Burnley). I think that will help his self-confidence.”

Smith, however, knows that it will all be up to the players to deliver the required levels of performance when needed.

“It’s a game we have to be really good at,” the Norwich manager told a news conference.

“We have to try to go and win the game, and we will, but we have to be better than we have been in the last few weeks.

“We want to go back to being a difficult team to beat and we have missed a little bit in that.”

Smith added: “The players know how much it means – I have never been relegated in my coaching career and I want that to continue.

“I know it’s going to be tough (staying up), but we’re certainly going to fight every step of the way.”

Burnley have continued to upset the odds to re-establish themselves in the top flight.

While that hard-earned status may be under serious threat this season, Smith is full of admiration for manager Sean Dyche’s efforts.

“Sean has done brilliantly at Burnley. There’s no questioning how successful they’ve been in the Premier League for so long,” said Smith, who took over from Carrow Road in November shortly after leaving Aston Villa.

“They went down once and went back up. Keeping a team, with the financial limits that Burnley have, in the league has been brilliant.

“It is a very competitive team with good players, so we have to be at our best.

“They will fight to stay in this league just like we will.”