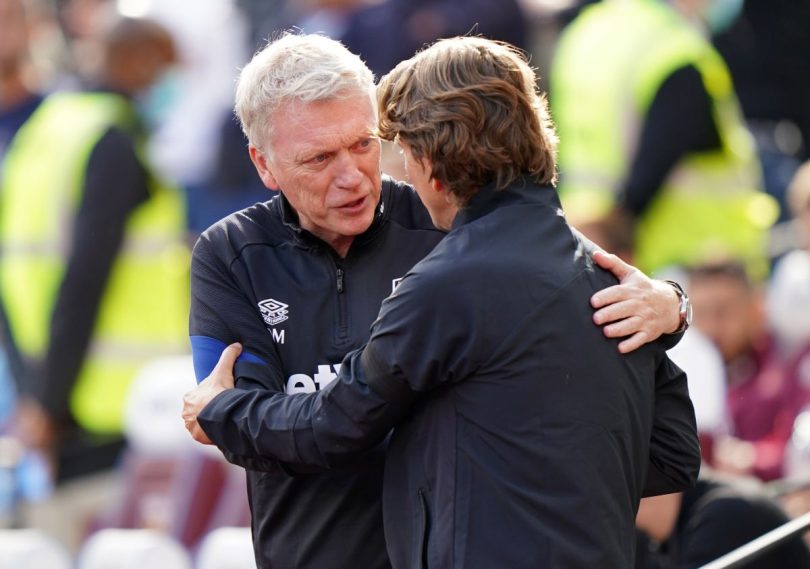 Brentford boss Thomas Frank has dismissed suggestions that West Ham be distracted by their European escapades during Sunday’s London derby.

The Hammers travel through the capital to take on the Bees in the midst of a two-legged Europa League quarter-final tie with Lyon.

David Moyes’s men have work to do in France next week after Thursday night’s 1-1 draw at London Stadium, with a possible quarter-final draw against Spanish giants Barcelona a potential reward.

“Every match is an opportunity,” said the Dane, whose team won the away game 2-1 in early October. “Of course I’m aware that we had a full week (to prepare) and they had a game.

“But I’ve also seen many times that other teams managed to perform in a three-game week; we did it many times last year in the Championship.

“I am convinced that David Moyes and his players want to do everything possible to push to be in the top four or finish as high as possible.

“Then they will come with everything and try to win, there is no doubt about that.”

While West Ham have been preoccupied with continental competition, Brentford have been hard at work in training camp, buoyed by last weekend’s convincing 4-1 win at Chelsea.

Stamford Bridge’s impressive success lifted the Bees nine points out of the relegation zone with seven games remaining in their first top-flight campaign since 1947.

Former Brondby manager Frank, who guided the club to promotion via the Championship play-offs last May, has aspirations of one day emulating West Ham.

“All clubs would dream of Europe,” he said. “I think it’s a big dream for us, but we like to dream big.

“We have strategies and we dare and we want to dream big.

“But we also understand that if we’re not in the present, if we’re not training hard every day, focused only on the next game, then there’s no chance we’ll ever achieve these crazy dreams.”

Despite his lofty long-term ambitions, Frank’s immediate goal is to banish any lingering fears of relegation.

The 48-year-old foreman is keen to ensure his players build on his headline-grabbing humiliation of Thomas Tuchel’s European champions.

“We all know that winning football matches improves your mood and there were probably one or two more smiles than usual (this week),” he said.

“Of course this match gave us a lot of confidence. It’s been a tough week, because of the way they’ve trained.

“We need to use it to move forward and consistently deliver good performances. But the quality of training has been very, very good.

“I told them, ‘remember that I think the level you show when you’re confident is the true level.’

“We know there are a lot of things that affect that, so hopefully we can bring it into the game on Sunday.”