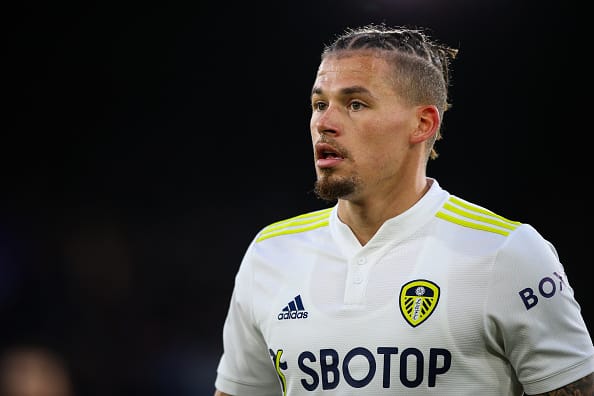 Calvin Phillips, who has joined new club Manchester City, opened up again on Thursday over his decision to turn down neighbors Man United.

England international Phillips, of course, put an end to a long story that surrounded his future earlier this month, ending Leeds United’s famous chapter in his career to put pen to paper on terms at the Etihad.

The deep midfielder has committed to an agreement with Pep Guardiola’s forces until the summer of 2028, to provide competition and cover for Spanish player Rodri.

Had another of the Premier League’s biggest clubs been making their way, though, Phillips would likely have been lining up in the other half of Manchester as the new season began.

This comes with the 26-year-old known to have been a long-term target in midfield by Man United.

Amid the Reds’ constant quest for reinforcements deep in the middle of the park, Phillips, an established international who has proven at the top level of the English game, has been identified as a forward target.

Speaking to the media on Thursday, the Yorkshire native was in turn drawn to his decision to refuse to advance down the Old Trafford hierarchy, in favor of transferring his talents to the union.

Phillips was quick to point to his alliance with Leeds as key, explaining:

“Going to United? There was no chance of going there. You know my Leeds loyalty. My family are all Leeds fans.

“I was honored by Man United want me, one of the biggest teams in the world, but no, I had to stay loyal to Leeds and go to the other side of Manchester.”

And after pressing some more, the midfielder added:

“I want to be loyal to the people who gave me the biggest chance in the world. Leeds were the first team to sign me, and I made sure that was one of the main things I was going to do.”