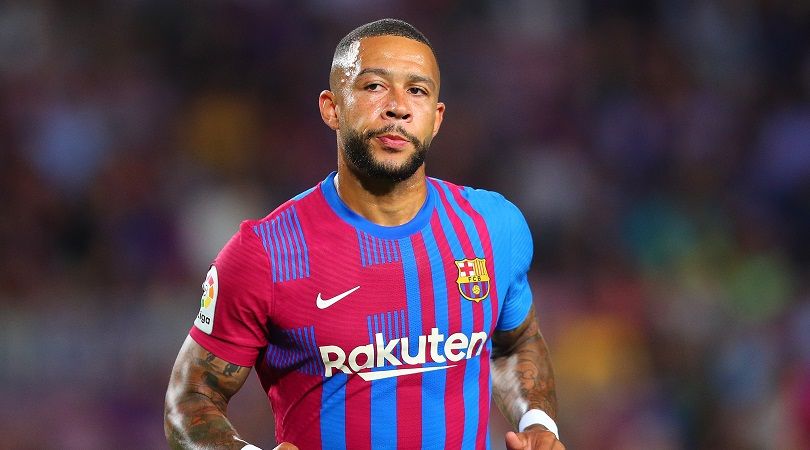 Manchester United are considering a sensational trade for Memphis Depay, according to reports.

The Dutch international spent 18 months at Old Trafford early in his career.

United (opens in a new tab) paid £25m to sign the forward in 2015 after he scored 28 goals for PSV the previous season.

But Depay failed to impress in English football and the Red Devils cashed in on him midway through his second season at the club.

The Dutchman rebuilt his reputation at Lyon and then secured a move to Camp Nou last summer.

Depay enjoyed a good start in life in Barcelona (opens in a new tab)but he found chances harder to come by after Xavi Hernández replaced Ronald Koeman on the bench.

And now that Barcelona needs to balance the accounts through the sale of players, Depay is the main candidate to leave.

He only has one year left on his contract and has been pushed further down the pecking order by the arrival of Raphinha and Robert Lewandowski in recent weeks.

According to the daily express (opens in a new tab)United received the go-ahead to seek a deal for Depay.

They are already in talks with Barcelona about a deal for Frenkie de Jong, who is reluctant to move to Old Trafford.

United have already agreed a £63m fee with the Catalan side for the Dutchman, and they would not have to pay as much for his international teammate.

The aforementioned report states that Barcelona is willing to sell Depay for just 20 million pounds.

Erik ten Hag is open to strengthening his attacking options even if Cristiano Ronaldo does not leave the club this summer.

The Portuguese international has told United he wants to look for new pastures but is struggling to find a buyer.

It is unclear if Depay would be interested in returning to Old Trafford due to his problems there the first time, but he has been a more mature person and player since then.