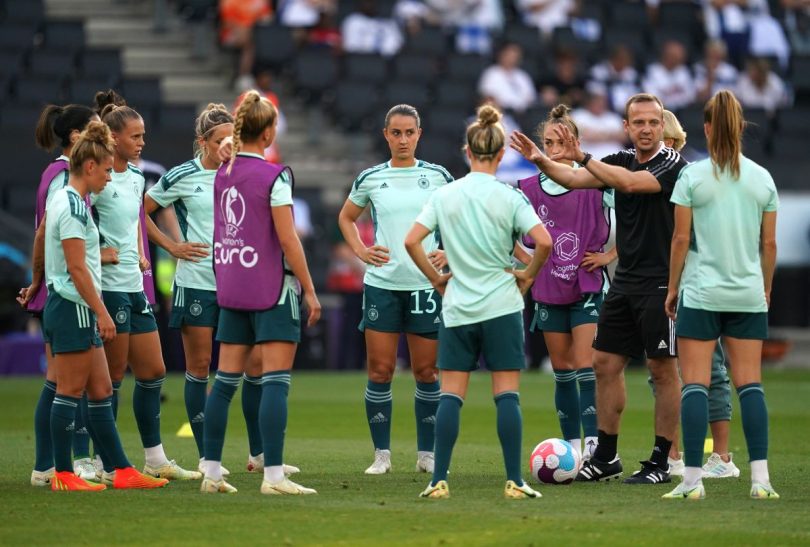 Germany face Austria in the upcoming Euro 2022 quarter-finals after England sealed their place in the semi-finals.

The Lionesses came from behind to beat Spain on Wednesday night when Georgia Stanway’s sensational goal in extra time secured a 2-1 win.

The lionesses roar in the final four

England remain without a major honor in women’s football and it looked like another tournament was about to happen. Having scored 14 goals and never conceded once in the group, this was their toughest test by far. Spain, who had not given their best until now, turned on the style and took the lead through Esther González. England’s hopes seemed to fade only for Ella Toone to come off the bench and level after a fall by her Manchester United team-mate Alessia Russo. That took the match to extra time, where Stanway settled the game with a superb goal that put England through to the semi-final against either Sweden or Belgium in Sheffield on Tuesday.

One of the pre-tournament favourites, Spain fell again at the quarter-final stage. It is the third consecutive Women’s European Championship in which they have not been able to get past the quarterfinals. Spain dominated most of the 90 minutes but couldn’t find a way to get back into the game after Toone’s equalizer and will now have to regroup ahead of a crack at next year’s World Cup. Star player Alexia Putellas should be back and working flat out after being ruled out of the European Championships with a knee injury.

Germany coach Martina Voss-Tecklenburg insists that facing neighboring Austria in the quarter-finals has no impact on the occasion. Eight-time champions Germany are aiming to improve on their surprise round of 16 exit five years ago. She said: “It makes no difference to us. We could be facing Norway, Sweden, Austria or the Netherlands, which are also our neighbors. It’s the quarter-finals at the European Championship, and all the opponents are deservedly here… it doesn’t have any impact on us.”

Austria is the lowest ranked nation remaining in the tournament. Technical director Irene Fuhrmann said: “It is a feeling that we are again among the top eight teams in Europe. We have another opportunity to face one of the best teams in this tournament. Germany, like England, have shown how consistent they are. They haven’t conceded a goal yet, it will be an incredible challenge.”