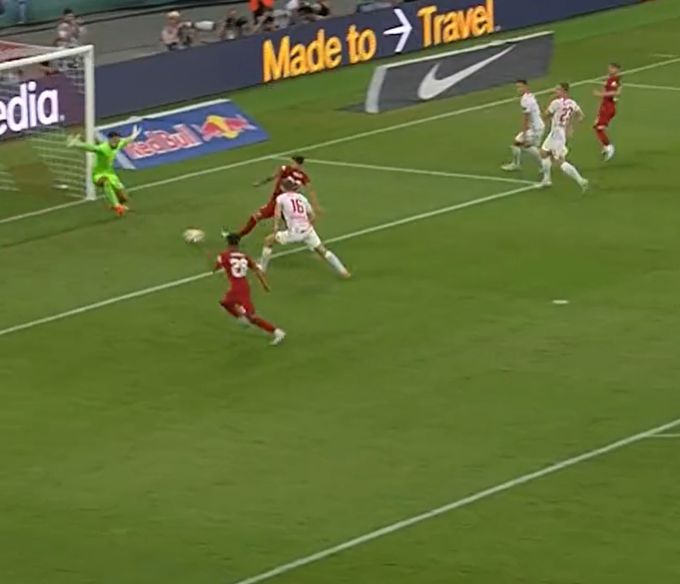 Darwin Nunez opened his Liverpool account by scoring a 20-minute hat-trick against RB Leipzig in pre-season.

Nunez scored his first goal for Liverpool from a penalty kick after Luis Diaz fell inside the penalty area.

Soon, he doubled his goalscorer, and shot past the goalkeeper after being played by Trent Alexander-Arnold.

Nunez completed a hat-trick, pounced into the penalty area to push into the net, notching his third goal in 20 minutes.

The pictures below are from Liverpool.

Some opposition fans were suspicious of Nunez after failing to score in his first few matches, but he responded to his critics in style.