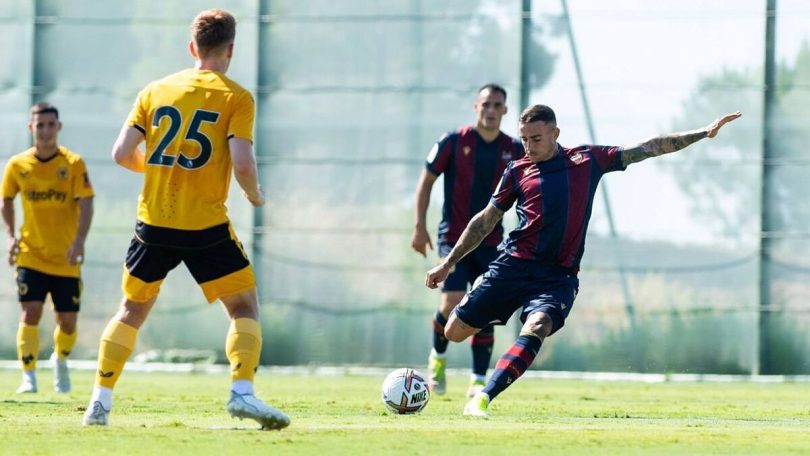 IIn the midst of a heat wave rocking Spain, Levante Wolves decided to turn up the heat on Thursday morning.

The friendly match began in Alicante at 10:30 local time, but after 44 minutes, the referee sent off four players after a quarrel broke out.

Nerves started to flare up after an intervention in the central circuit triggered the first engagement.

Substitutes and assistants ran towards the middle of the field in a fight that ended in Bardy, Robert Pierre Two players were sent off from the English side.

In fact, the referee called for the first half to end one minute before the end of the match, and both teams ended up being reprimanded.

Half time cool down

After things calmed down, the two coaches asked the referee to give the option to start the second half at 11 for 11 so that they could actually benefit from the friendly match, and promised to calm things down.

The second half ended without any further incidents Levante 2-1 win.