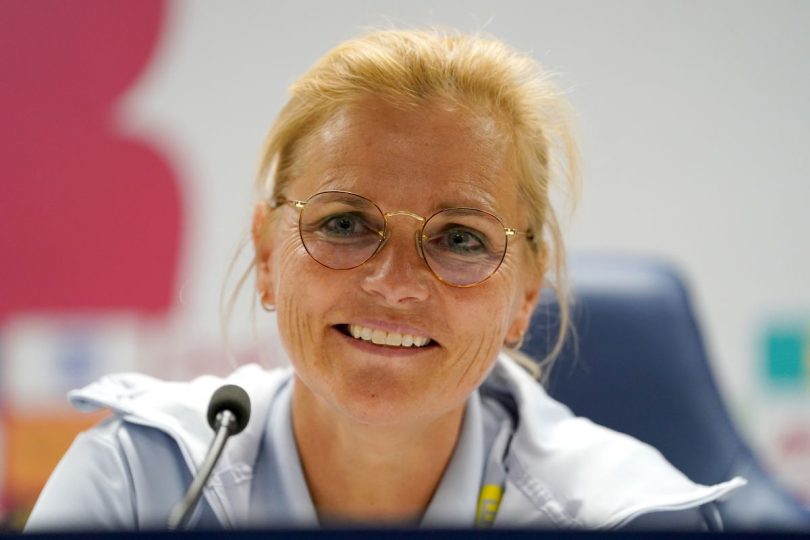 England head coach Sarina Wiegman will take her place on the bench for the Euro 2022 quarter-final against Spain after she tested negative for Covid-19.

The Dutchwoman was forced to watch in isolation as the Lionesses beat Northern Ireland on Friday night, having tested positive earlier in the day.

England won 5–0 even without Wiegman present, as his assistant Arjan Veurink oversaw the victory at St Mary’s.

Sarina will return to all elements of her role and take her place on the bench for tonight’s quarter-final against Spain 👊 — Lionesses (@Lionesses) July 20, 2022

But now they have been cleared for the round of 16 match with Spain at Brighton’s AMEX Stadium.

“England head coach Sarina Wiegman has tested negative for Covid. Wiegman will now return to all elements of her role and take her place on the bench for tonight’s quarterfinal against
Spain at the Brighton & Hove Community Stadium”, confirmed a statement from the Football Association.

Wiegman has been communicating virtually with members of his staff, as well as the media, and has been social distancing while watching training in recent days.

He said on the eve of the Spain clash that he was “very hopeful” of testing negative in time to be on the touchline at Brighton.

“I’m fine, I feel fine. I’m actually ready to go, but I still have to wait,” she said Monday afternoon.

“Of course I’m very hopeful, but we’ll see what happens, and we know if I can’t be there, I’ll be another way.”

Aston Villa goalkeeper Hannah Hampton has been ruled out of the match after testing positive, having been an unused substitute in all three group stage matches.