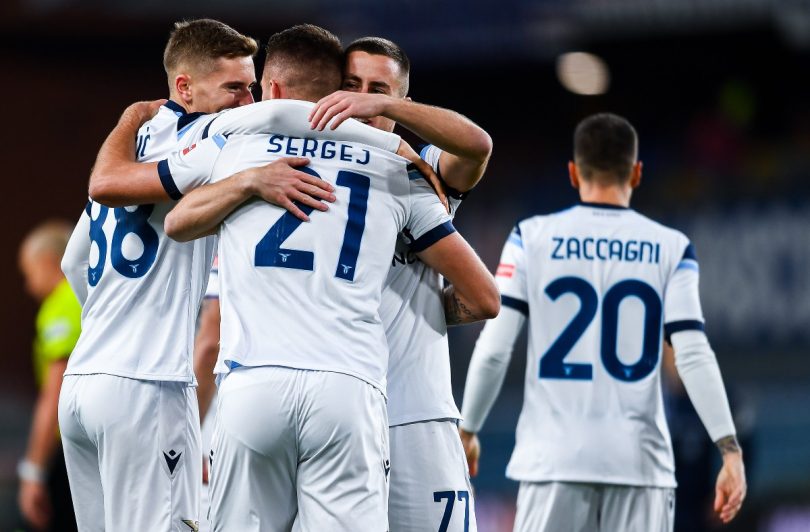 Arsenal and Chelsea have made contact with Lazio regarding the availability of midfielder Sergej Milinkovic-Savic.

Both Arsenal and Chelsea have been busy in the transfer window so far, aiming to build a squad worthy of competing with Liverpool and Manchester City for the top spot in the Premier League.

The two London clubs have strengthened in multiple areas this summer, but neither has added a midfielder capable of playing in a deeper role.

Now, both Arsenal and Chelsea have inquired about the availability of Lazio midfielder Milinkovic-Savic, according to Calciomercato.

With N’Golo Kante and Jorginho in the final year of their contracts, Chelsea may be on the market as a replacement this summer.

They could also have an advantage in the race, with Arsenal not competing in the Champions League next season.

Milinkovic-Savic could be a desirable threat to both teams. A large percentage of Chelsea’s goals last season came from wing-backs, and Arsenal midfielders have rarely shone during the season.

The Serbian midfielder scored 11 goals in the league last season, and managed to score 48 goals during his time at Lazio.