Home » Barcelona And Their Unique Financial Situation In Transfers 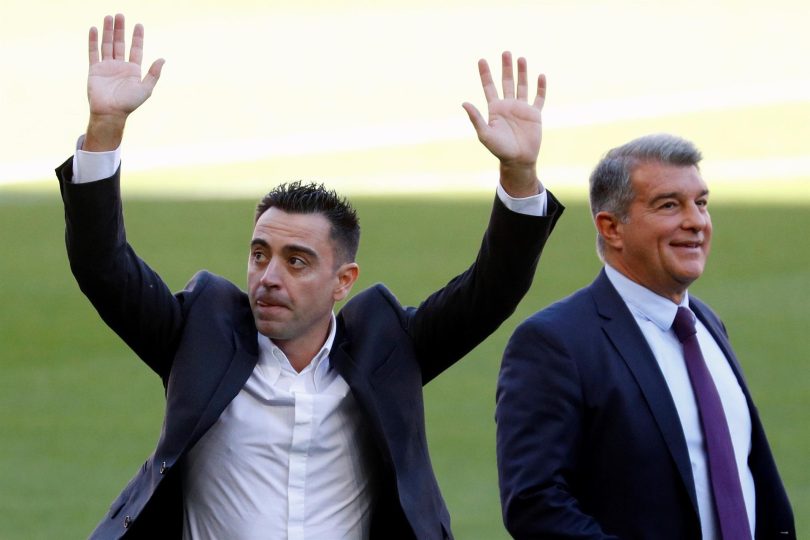 Barcelona is rich! or they? This is a question that dominated and divided the world of football in 2022. When Joan Laporta took over in 2021, the financial situation was in shambles. Barcelona’s debt was more than 1 billion euros.

They had to abandon club legend Lionel Messi. However, only a year after that, the Blaugrana signed Ravenha and Robert Lewandowski. The pair cost over 100 million euros.

Will Lewandowski keep hitting the goals or will his age slow him down? We rate this mega transfer for both parties

The last pair is not yet officially registered, along with Ravenha and Lewandowski. All this will be done once the second economic leverage is activated.

In fact, these “economic levers” have dominated conversations within the club, along with sponsorship deals. So, what are these new and innovative ways for Barcelona to become competitive again?

What are the economic leverages?

A phrase that Laporta used consistently throughout most of his presidency. Economic leverages, in very simple terms, use club assets to get money. He announced this in a meeting with club members earlier in 2022.

There are seven levers, three of which are known to date. The first relates to the sale of 49.9% of Barca Licensing and Merchandising (BLM). Negotiations are underway, and the club is expected to receive around 300 million euros.

The second lever will be effective within the next few days, allowing Barcelona to get the money to sign Rafinha and Lewandowski.

The second lever is about 25% of the rights to the club’s La Liga TV channel. Barcelona has already sold 15% for €207 million to Sixth Street Capital for 25 years. Additionally, they could sell another 10% but it remains to be seen if this extreme choice will be taken.

How Barcelona is “more than a club” with a rich history. Read it here!

Finally, the third lever is also centered around BLM and Barcelona Studios, which could bring in another €200 million. Therefore, the two levers are clearly intertwined with each other, as one depends on the other. However, there was more help from more angles.

One of Barcelona’s major sponsorship deals in recent times has been their partnership with Spotify. The broadcasting giant is now the club’s main sponsor, along with the acquisition of the rights to the Camp Nou naming.

The deal is worth 240-280 million euros over four years. Moreover, the stadium can also be booked for concerts, special programs and even weddings.

All of that will only generate more revenue for the club. The other main way Barcelona raised money is through loans.

Laporta refinanced the club’s huge debt with a €500 million loan from Goldman Sachs, which includes a five-year grace period.

Furthermore, Goldman Sachs has also carried out the planned renovations at Spotify Camp Nou over the course of a 35-year plan. Needless to say, Barcelona takes money from a variety of places. But will the plans eventually succeed?

The persistent sage surrounding Frenkie de Jong reaches a desperate stage. The player does not want to join Manchester United. He does not want to leave Barcelona unless 17 million euros in deferred wages are paid.

Barcelona is unwilling to pay and has been asked to find a new club. Manchester United care deeply, but there are a lot of complicated parts. This highlights Barcelona’s problems in a nutshell.

Who is Alberto Mulero, nicknamed “The Next Pedri” and on Barcelona’s radar?

The players they want to sell have few or no. Philippe Coutinho has joined Aston Villa, while Clement Lenglet and Antoine Griezmann have been sent off on loan. However, the likes of Samuel Umtiti, Neto, Oscar Mingez, Riqui Puig and others remain stuck.

🚨 Frenkie de Jong wants to join Manchester United but is waiting for Barcelona to pay his deferred wages before joining Eric ten Hag at Old Trafford.

It is a matter of principle for him.

Furthermore, there were rumors of Memphis Depay going out. There is no doubt that player sales will greatly benefit the club. Not only in terms of fees, but the wage budget cut.

Top players such as Gerard Pique, Marc-Andre ter Stegen, Jordi Alba and Sergio have already received their salaries. Ousmane Dembele extended his deal with a new contract and reduced wages. will you work?

What does the future hold?

481 million euros. This was the amount of loss that Barcelona ended for the previous fiscal year. La Liga’s strict Financial Fair Play (FFP) rules prohibit clubs from playing everything on players. Barcelona can only spend a third of its total income on buying players.

The club is trying to reach 1:1 through these financing methods, which are beneficial in the short term. However, there are many uncertainties when it comes to the long game. Barcelona are betting on winning titles now, and being among the elite in Europe.

There is no guarantee that both will succeed. Lewandowski, Pique, Busquets, Alba, and Ter Stegen are veterans who don’t have many prime years left. Barcelona is partly committed to rebuilding through the likes of Pedri, Gavi, Pablo Toure and others.

Laporta has to make sure that his plans cover all possible outcomes. Europe, as a whole, is strengthening and Barcelona is struggling to keep up.