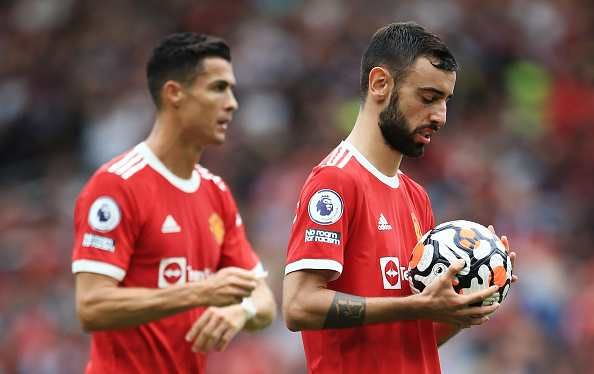 Bruno Fernandes says he doesn’t know what the future holds for his Manchester United and Portugal team-mate Cristiano Ronaldo.

Ronaldo asked to leave the Old Trafford club last month because he wants to play in the Champions League next term.

The 37-year-old did not travel with Erik ten Hag’s side for their tour of Thailand and Australia for family reasons, but has yet to find a new club with the new season fast approaching.

“I don’t know what Cristiano told the club and the coach,” Fernandes said (via Sky Sports).

“I don’t know what’s going through his head, if he wants to leave. I didn’t ask them that.

“Obviously Cristiano was our top scorer last season, he added goals to us. But it’s not up to me, it’s the club that has to make the decisions and Cristiano makes his own decision.”

“The only thing I asked Cristiano when he didn’t show up was if everything was alright with the family. He told me what was going on, that’s all and nothing more.

“I don’t want to get involved in that. We have to respect everyone’s decision.”

Recent reports say Atletico Madrid have made a surprise move (opens in a new tab) for the Portuguese by contacting their representatives.