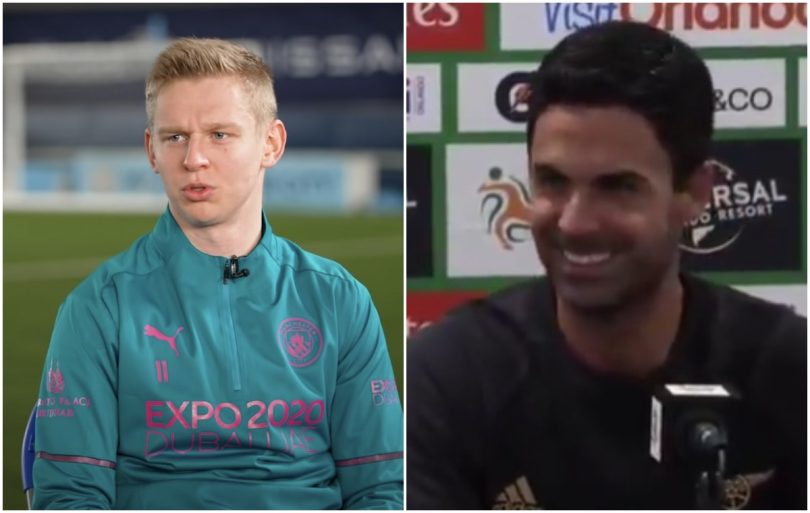 Arsenal manager Mikel Arteta has confirmed that Oleksandr Zinchenko has joined the club, after some formalities.

And the Spanish tactician seems very pleased to secure the signature of Zinchenko from his former club Manchester City, explaining that he knows the player well and describes him as an exceptional footballer.

Watch the clip below as Arteta discusses the Ukraine international’s deal, praising his talent and making it clear that he considers him an option for both the left-back and midfield in his squad.

?? “Zinchenko’s versatility is going to be important for the team because we have other players in this position, but there must be players who are more specific”Tweet embed pic.twitter.com/uzYm4T45Dt

Arsenal also raided Man City to sign Gabriel Jesus this summer, with Arteta doing some fantastic work to strengthen a team that narrowly qualified for the top four last season.

Arsenal fans are sure to be increasingly hopeful that Arteta now has a team he can turn into more serious contenders for a place in the Champions League, perhaps even more so.

Jesus and Zinchenko have won a lot of major titles in their time at City and will surely bring quality and experience to this team.