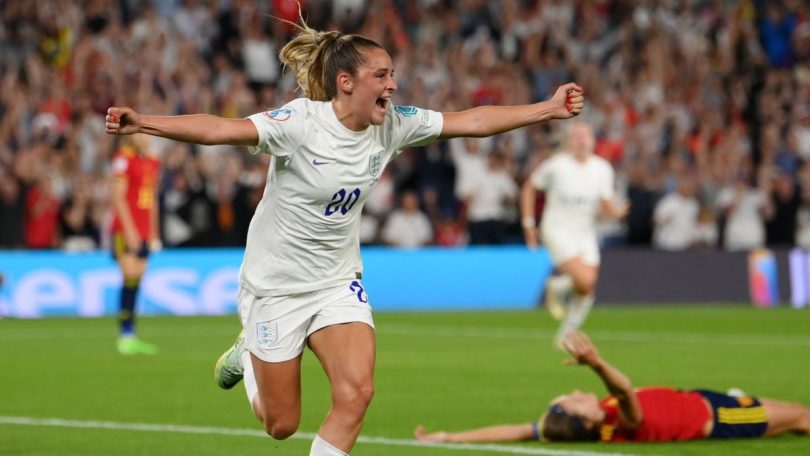 England produced a heroic late comeback to beat Spain 2-1 after extra time in a thrilling Euro 2022 quarter-final on Wednesday, taking the Lionesses to the semi-finals in a fourth successive major tournament.

The Spanish took a deserved lead through Esther González early in the second half, but substitute Ella Toone rescued the hosts with an 84th-minute equalizer.

Georgia Stanway scored a powerful strike six minutes into extra time to complete the comeback, and England held their ground during a nervy finish to move on.

The hosts received a huge boost just hours before kick-off when it was announced that head coach Sarina Wiegman had recovered from Covid-19 in time to supervise the game from the bench.

But it was Spain who dictated possession in the first half and raised questions for the English defence, although they failed to create first-class chances.

Ellen White thought she had equaled Wayne Rooney as the highest scoring England player of all time when she attacked from close range, but the offside flag was up.

Nine minutes into the second half, the Spaniards turned their control into a conversion by becoming the first team to score against England in the European Championship.

Athenea del Castillo, a halftime substitute, outplayed Rachel Daly in the box from the right wing and drove in Gonzalez, who had the time and space to take a touch and guide a shot into the bottom corner.

Del Castillo almost got her own goal when her cross required a clever save from Mary Earps, but the Lionesses finally came alive and found the equalizer with six minutes remaining.

Two of Wiegman’s substitutes combined for the goal, as Alessia Russo won a knockdown to set up Toone for a close-range finish that sent the game into extra time.

The momentum was now all England, and a boisterous, bouncing Amex Stadium exploded as Stanway perfectly caught a shot from the edge of the box that sailed over the goalkeeper to send the hosts into the final four.

England are now unbeaten in 18 games under Wiegman, and will face either Sweden or Belgium in the semi-finals next Tuesday.