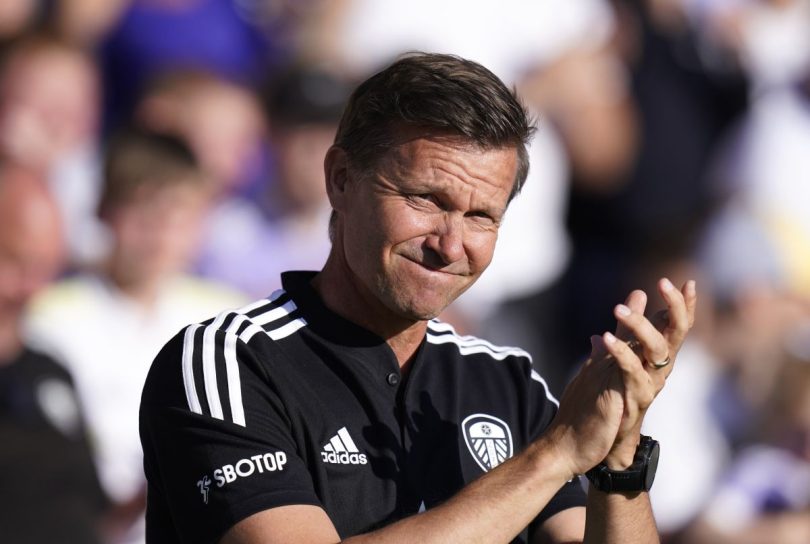 Leeds are “actively pursuing” a new forward and left back as Jesse Marsch continues preparations for the new season in Australia.

The West Yorkshire club have seen their stars Raphinha and Kalvin Phillips leave for Barcelona and Manchester City respectively since avoiding relegation on the final day of last season.

Leeds have moved quickly in their bid to replace the duo and bolster their options for the 2022-23 campaign, but there is work to be done as Marsch works with the group Down Under.

The Elland Road side have been trying to sign Charles De Ketelaere from Club Brugge but face stiff competition from Serie A champions AC Milan, with the American pointing to the striker and left-back as areas for improvement.

“I would say we are actively looking at both positions,” Marsch said before Leeds trained in front of hundreds of fans in Fremantle. “The striker, I think it’s well documented that De Ketelaere was our goal and it’s not over yet.

“But we’ve also moved on to other targets, trying to figure out which would be a better fit if ultimately, which is what we think, it won’t be available.

“Then left-back, we have a few different candidates and we’re just trying to assess exactly where we are with the roster and what exactly we need.”

“Darko Gyabi is also integrating more and more. He is a young player and it is not always easy for 18-year-olds to get straight into a team, but I think everyone sees his quality and personality in him.

“For now, I feel very strongly that the group has come together well.

“Of course we’ve lost two great players, but I think we’ve added a lot of quality and added more depth to what we know we needed.

“It won’t make anything easier. The league is amazing. Is incredible. And it’s a pleasure to be a part of it.

“It keeps you challenged, it keeps you honest, it makes sure you never get too far ahead of yourself, but we are hopeful that this group of players can help us develop and create some good success and a strong future.”