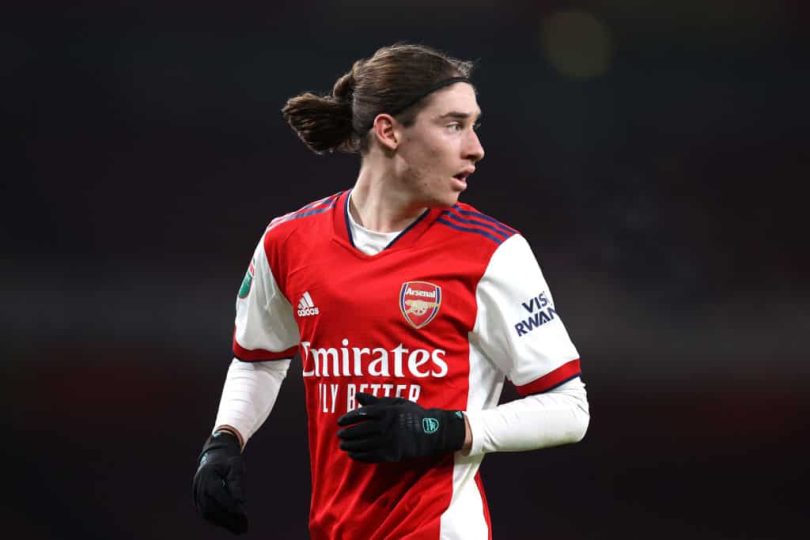 Arsenal are preparing for one departure and one arrival in the coming days, with youngster Marcelo Flores set to leave on loan while Oleksandr Zinchenko’s deal is in the final stages this summer.

Flores is set to leave Arsenal’s squad for this season, heading to Real Oviedo on a one-year loan deal that will leave him exposed to much-needed domestic football.

The Mexican has already made his senior national team debut, setting his sights on the World Cup squad ahead of the tournament in Qatar in November. The 18-year-old hopes his experience in the second division in Spain will help him achieve just that.

Meanwhile, Oleksandr Zinchenko has signed his contract with Arsenal, in essence confirming his move to north London from Manchester City where he joined the club for a fee of £30m, on the same path that Gabriel Jesus followed earlier in the summer.

Oleksandr Zinchenko has signed his contract as a new player at Arsenal, valid until June 2026. ⚪️🔴✅ #AFC

The Ukrainian will become Mikel Arteta’s fourth signing of the summer, after Jesus, Fabio Vieira and Matt Turner for the club, and is set to offer options both as rivalry with Kieran Tierney at left-back and Granit Xhaka in midfield before the game. new season.

Arsenal are expected to continue to strengthen as well, despite being the first Premier League club to cross £100m this summer, with another winger and midfielder based in north London.