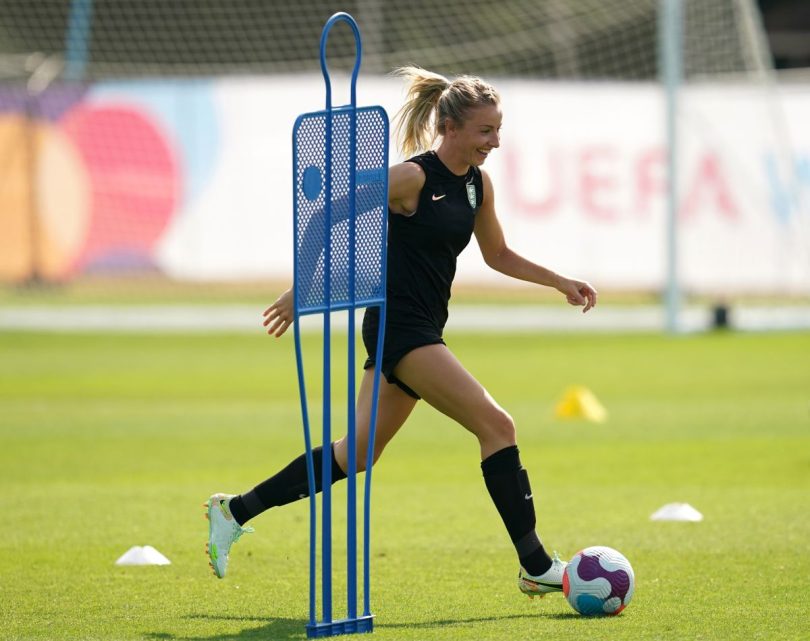 Sarina Wiegman’s side, who scored 14 goals in their three Group A games, will take on a team ranked one place above them by FIFA at Brighton’s Amex Stadium as they continue their quest for glory.

Do or die for the lionesses

England captain Leah Williamson has insisted that England are enjoying their winner-take-all clash with Spain.

The Spanish are ranked seventh by FIFA, a position higher than the tournament hosts, who have been hugely impressive to date.

Williamson said: “Obviously it’s knockout football, the game changes once you get through the group, the nature of the game is different. There will be a winner and that’s it.

“We know the situation, but we choose to see it as an opportunity and we are confident. We are in good shape and hopefully we can do what we have been doing in this tournament tomorrow night.”

Captain Irene Paredes has insisted that Spain must play their own game as they try to find a way past goalless England.

La Roja dominated possession during the group stage but struggled to convert it into goals, managing five in their three Group B games.

However, Paredes said: “I don’t think we need to adapt our game to England and we won’t. The best we can do is play our game, try to keep possession: attacking is the best form of defense for us.

“Any player would love to be here tomorrow, we will give it our all. We haven’t stopped talking about it in the last few days.”

one in, one out

Wiegman missed the Lionesses’ 5-0 win over Northern Ireland in their final group match after testing positive for Covid-19, but hopes to return to the bench as they battle for a place in the semi-finals.

The Dutchwoman, whose symptoms consisted of “a bit of a fever and a bit of a cough, but not that bad”, told a news conference on Tuesday: “Of course I’m very hopeful, but we’ll see what happens, and we know.” . if I can’t be there, I’ll be in another way”.

However, goalkeeper Hannah Hampton was ruled out of the Spain game after a positive test, the second player after defender Lotte Wubben-Moy to be sidelined with coronavirus.

Wiegman added: “We are very aware and very careful. We’re trying to stay in our bubble and do the right things and hopefully keep everyone fit.”

Dutch midfielder Lieke Martens’ tournament has come to an early end due to a foot injury.

Head coach Mark Parsons told Oranje’s official website: “This is terrible news for Lieke and for us. She has fully committed to the team during this tournament.

“It is very unfortunate that his European Championship has to end like this.”