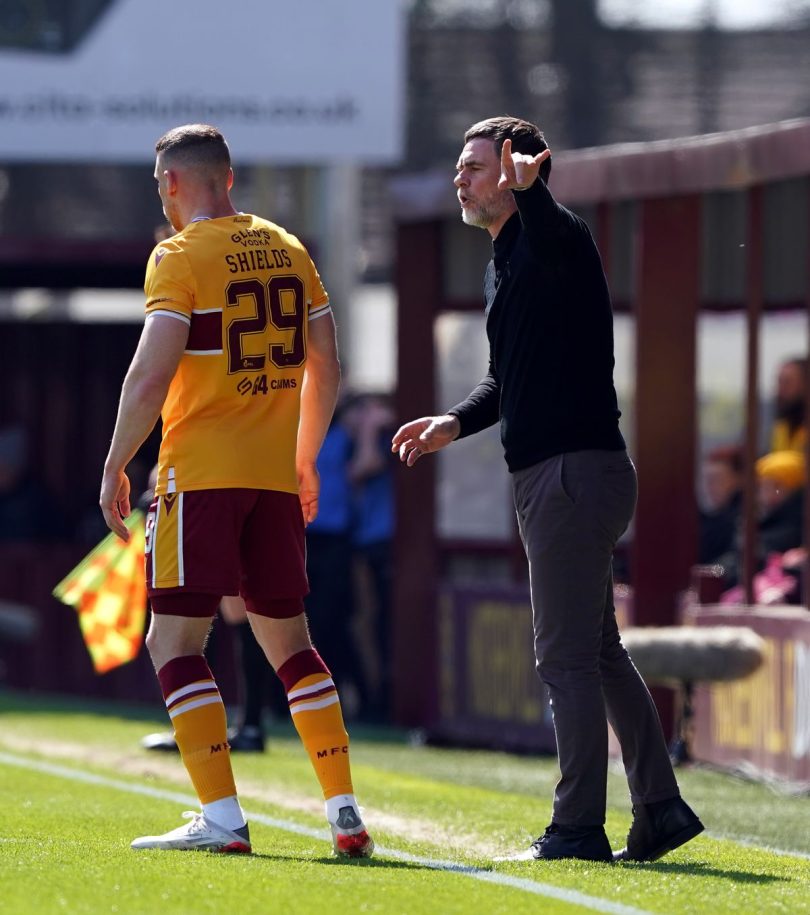 Graham Alexander is happy with the firepower at his disposal as Motherwell prepare to start their European campaign amid the likely absence of talismanic striker Kevin van Veen.

Dutchman and former Hibernian defender Paul McGinn missed Saturday’s 1-0 friendly win over Partick Thistle with knocks and had not returned to training before Alexander met the media on Wednesday morning.

Although both will be tested before Sligo Rovers visit Fir Park on Thursday in the first leg of their Europa Conference League second qualifying round, Alexander admitted it would be a “bonus” if they made it through the game.

Van Veen was a key player for Motherwell last season, especially after Tony Watt left for Dundee United in January, and Alexander has since allowed attackers Kaiyne Woolery, Jordan Roberts and Justin Amaluzor to move on.

“We’ve lost a couple of players, but without being disrespectful, we felt comfortable with certain players leaving, because we felt we needed to trim down the team and redefine it a little bit,” he said.

“So far we have only brought in three players: Paul McGinn, Blair Spittal and Josh Morris, but these are proven players.

“We feel like we have other players on the team, people like Connor Shields, Joe Efford, Ross Tierney, Callum Slattery, Sean Goss, where we expect them to improve on their scoring from last season, and they have the ability to do so. So we have to give them the opportunity to show that this is the case.

“I’m sure we have enough goalscoring threats in our team to score the number of goals we did last season. If you removed the penalties, we were the fourth highest scorers in the league.

“The improvements we feel we need to make are on the defensive end and they don’t concede as many goals as we did. We have worked a lot on that. I feel like we have the players that can help us improve that aspect.

“I feel like we have the players to win games now, but we’re always on the lookout to try and improve the team.”

The Thistle game was one of only two friendlies Motherwell have had, the other being a training camp game in Austria.

But Alexander is confident his side are as prepared as possible to take on a Sligo side who sit fifth in the SSE Airtricity League of Ireland table after 23 games and beat Bala Town on penalties in the first qualifying round. In the past week.

“What we have to do is focus on how we prepare and not prepare excuses. We are ready to go into a football match, we are physically ready and tactically ready. Mentally, the players are prepared for this challenge.

“Sligo are a good football team, they can be expansive, they have the right players in the right positions to be a successful team.

“The more difficult the challenge for us, I think the better we do. We expect a tough game, but the biggest goal for us is to make sure they have a tough game.”