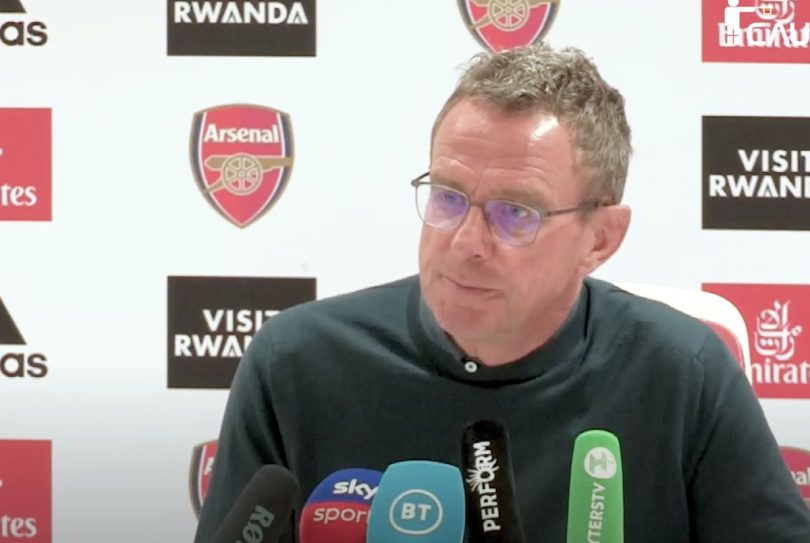 Manchester United have had a terrible week.

After losing four goals to arch-rivals Liverpool earlier in the week, caretaker coach Ralf Rangnick knew that anything less than a win over Arsenal on Saturday would leave his top four hopes almost deflated.

Unfortunately, despite urging his side to put in a better display against Mikel Arteta’s Arsenal, Rangnick was disappointed after watching the Red Devils charge up three goals at the Emirates.

However, despite the sure result, the German tactician took issue with multiple refereeing decisions, including Craig Pawson and VAR allowing Granit Xhaka’s long-range strike to stand up, even though Eddie Nketiah looked offside.

“Cristiano’s second goal was not offside” Rangnick told reporters after the match.

“You can even see that in this macro perspective, they were exactly in one line.

“They checked it out but for whatever reason, they still gave the target.”