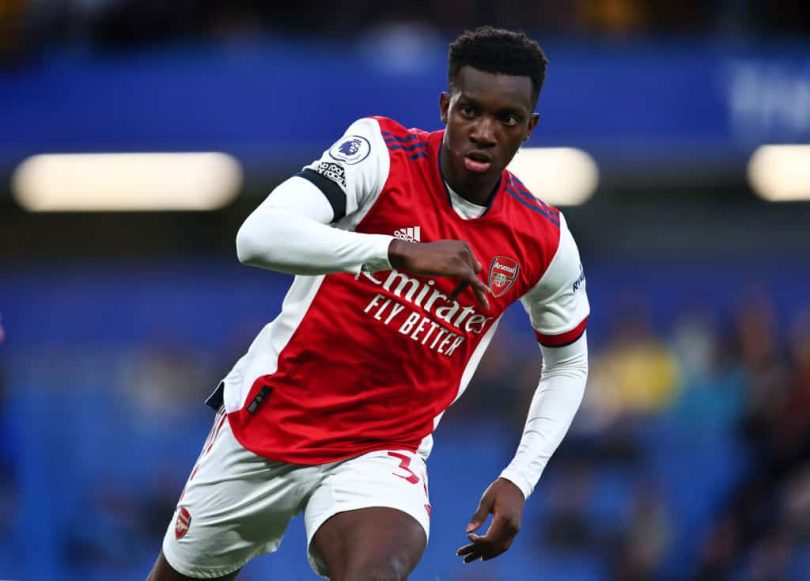 Arsenal manager Mikel Arteta has sent a message to Eddie Nketia after the young striker’s comeback as an Arsenal talent.

Nketiah has been on the sidelines of the Arsenal team all season and is currently scheduled to leave for free in the summer.

However, with Alexandre Lacazette battling Covid, Nketiah has been handed over in Arsenal’s last two games, one of which saw him score twice against Chelsea in midweek.

Now, after said offer, Mikel Arteta urged Nketiah to use Emile Smith Rowe as an example of how to get back from a negative spell:

“If you have that personality and that quality, to show it right away or very quickly, things can turn very quickly,” Arteta said. “Look what happened with Eddie in the last two weeks.

“Everything can happen in football. Emile spent three months with his shoulder and a lot of things happened, he came back and he looked really good, and we decided to give him a chance.

“But then he had to step in and he had to perform. He’s done it really consistently and especially this season plus the number of goals he scores.

“Eddie has this ability. What he needs is opportunity, time and support especially when he is going through difficult moments. If you are willing and willing to do that, I am sure he will succeed.”

“If you have that personality and in that capacity, things can turn very quickly.”

It is expected that Nketia’s next chance to prove himself in the Arsenal shirt will come on Saturday against Manchester United.

Saturday’s match should win Mikel Arteta’s team. Arsenal remain firmly in the top four, sitting three points behind Tottenham in 4y With one game in hand.

And while Arsenal have been in dismal shape lately and have had a few injuries, they will likely keep fantasizing about their chances of scoring against Manchester United this weekend.

Ralph Rangnick’s team has won only one of its last nine matches in all competitions. And even that win has only come against championship-bound Norwich, who has the worst attack and second-worst defense in the Premier League.