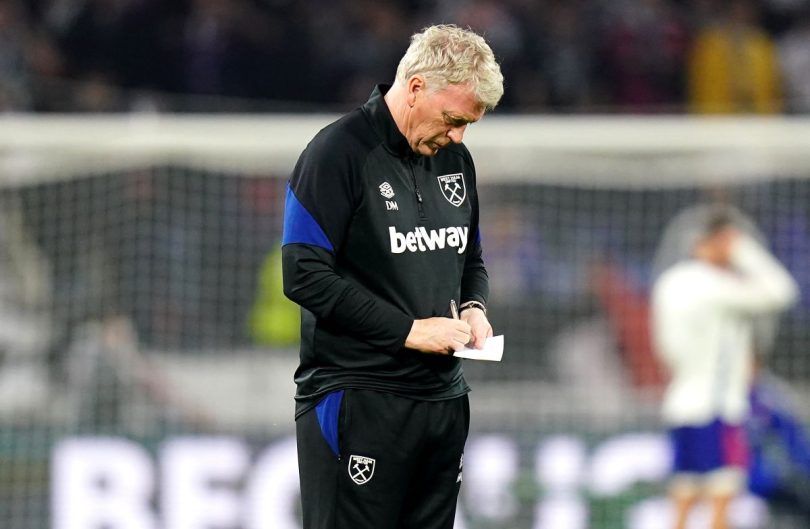 West Ham are in the midst of a defensive injury crisis with three centre-backs ruled out for Sunday’s trip to Chelsea.

Issa Diop has joined Kurt Zouma and long-absent Angelo Ogbonna on the sidelines, leaving Craig Dawson as the club’s only recognized centre-back.

“We have some injuries, but every club gets injured at this point in the season,” manager David Moyes said.

“So I have to juggle and find a way to get something that gives us a defensive setup.

“Obviously Issa has an injury and Kurt has an injury. So we’re trying not to put time scales on it, because you always expect your players to come back faster.

“It’s really important that we can get them back and hopefully we’ll do that as soon as we can.”

Moyes will have to weigh using full-backs Ben Johnson and Aaron Cresswell on either side of Dawson in a three-man defense, or even asking England midfielder Declan Rice to back up the defence.

Not an ideal situation for Moyes ahead of arguably the club’s best week in more than 40 years.

The Hammers are still in contention for a top six spot in the Premier League and face their first European semi-final since 1976 against Eintracht Frankfurt on Thursday night.

But Moyes insisted: “We wouldn’t want it any other way.

“We are coming to the end of April, we are still in Europe and we could go back to Europe through our position in the league.

But Moyes said: “Chelsea were arguably the favorites for the Premier League in the first three months of the season; Since then, you have seen the strength of Manchester City and Liverpool.

“They are European champions and they have a really good squad and coach. They have had their ups and downs like all teams, but they have a superior team. It’s just that the first two have moved on.”