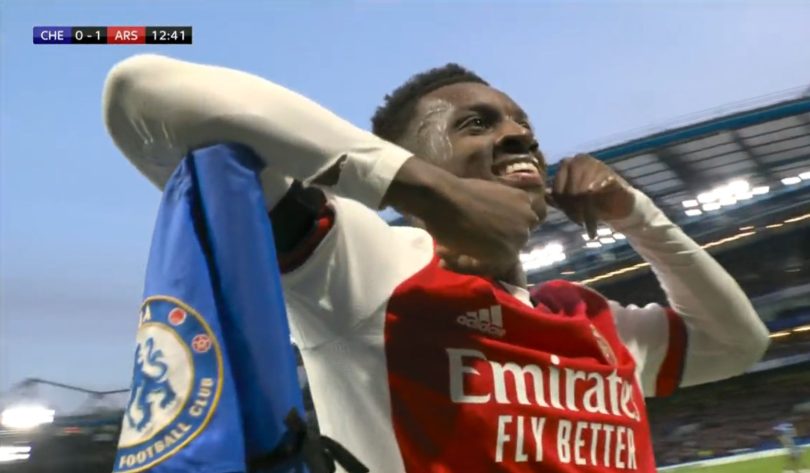 Eddie Nketia gave Arsenal the lead in their crucial game for Chelsea as Arsenal seek to chase Tottenham for fourth place in the Premier League.

Arsenal left-back Nuno Tavares hoofed the ball into the Chelsea half to relieve some of the pressure on Arsenal and landed on Christensen who left a short back pass to Mendy.

Nketia took the chance and finished the match past the Chelsea goalkeeper, which can be seen below.

Arsenal take the lead against Chelsea through Eddie Nkeitia. pic.twitter.com/WSxdP3oPmr

That would be a huge result for Arsenal if they held up but that was the opposite of the course of play.