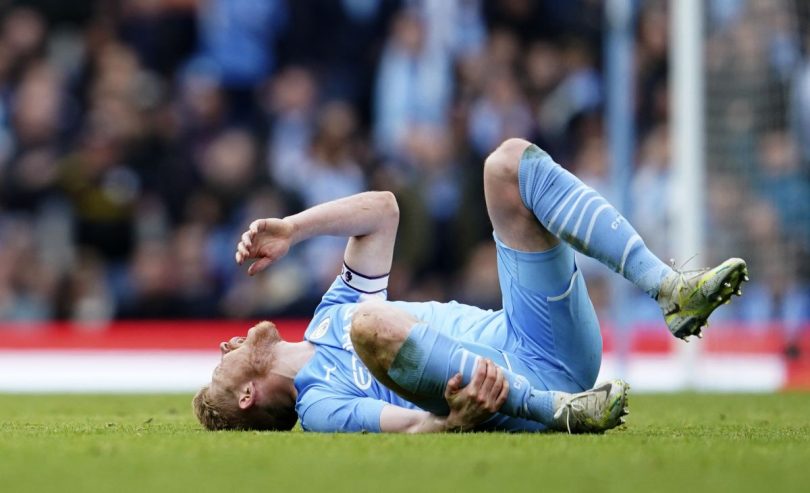 City were beaten 3-2 by the Reds at Wembley on Saturday, a result that ended their hopes of winning a treble this season.

The match came at the end of a grueling fortnight in which City played two intense games against Atletico, as well as another showdown, a high-octane 2-2 draw, with title rivals Liverpool in the Premier League. .

Atlético’s second of those meetings, a hard-fought goalless draw at the Wanda Metropolitano that saw City reach the Champions League semi-finals 1-0 on aggregate, was a particularly intense and contentious affair.

Kyle Walker, Kevin De Bruyne and Ilkay Gunodgan all suffered knocks and did not play at the weekend and Guardiola said several others felt the strain of the tight schedule.

Guardiola said: “Our physios did 71 treatments in the space between Atletico Madrid and the semi-final against Liverpool.

“It wasn’t just one or two, it was a lot of players. That’s what they told me. I didn’t ask what is normally, what is average, but I’m sure it’s less.

“We had six massage tables on the field watching the boys who did not play in Madrid doing training.

“Before Liverpool and Atlético it was very demanding mentally and physically. It’s tired but it’s normal and the schedule is what it is. The players gave everything.”

Guardiola made seven changes for the semi-final against Liverpool, most notably bringing in Zack Steffen in goal in place of regular starter Ederson.

The American was guilty of a horrendous error for Liverpool’s second goal in their 3-2 win, controlling poorly near his line and allowing Sadio Mane to score.

Guardiola has defended his team.

“But I prefer that to the day after the game you go out for a drink. I’d rather you sleep badly and worry about the team.

“In the FA Cup I have always played as second goalkeeper because he deserves to play. We were there because Zack made incredible saves against Southampton.

“It was an accident, it happens. Am I going to blame Zack? Go.”