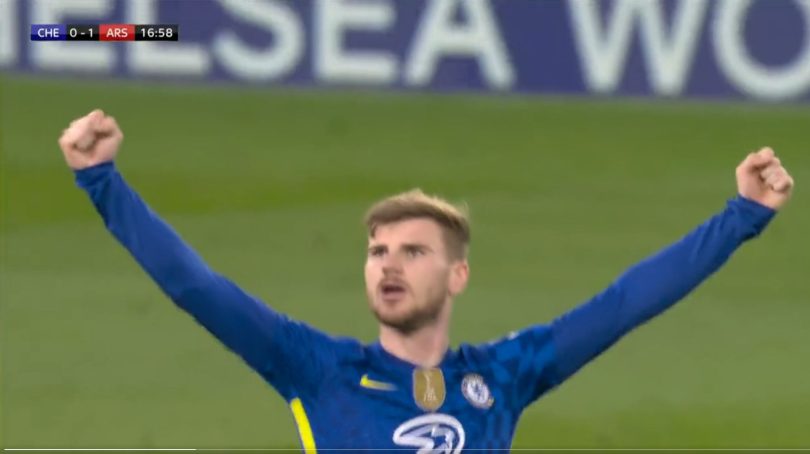 Chelsea’s purple Timo Werner patch continues after scoring the equalizer for Chelsea in their match against Arsenal at Stamford Bridge.

Arsenal lost the ball in midfield after being sent off by Ruben Loftus-Cheek and the ball landed directly at Werner’s feet.

Into the net, which can be seen below, the German cut through the left flank before firing a shot that terrified Granit Xhaka, leaving Ramsdale helpless in the net.

This match means a lot to Arsenal but Chelsea started well.