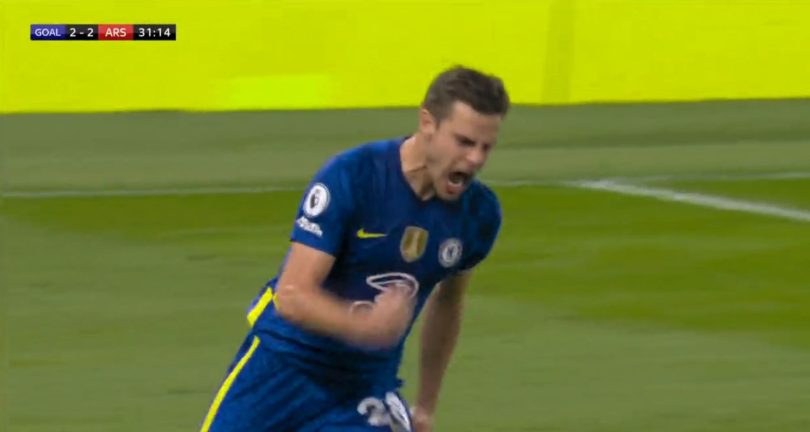 Azpilicueta put Chelsea at 2-2 in a crazy first half at Stamford Bridge with a great finish.

Chelsea were the better team in the confrontation but struggled to deal with Arsenal’s counter-attack, resulting in the Blues losing 2-1.

In the goal that can be seen below, Arsenal lost the ball in a dangerous situation; Which led to Mount choosing his captain with a beautiful ball, which ended with the witty touch you’d expect from a striker.

What is this first half! Cesar Azpilicueta makes the score 2-2. pic.twitter.com/zGk4ecaF2A

It was a very entertaining match at Bridge and there are definitely more goals to come.