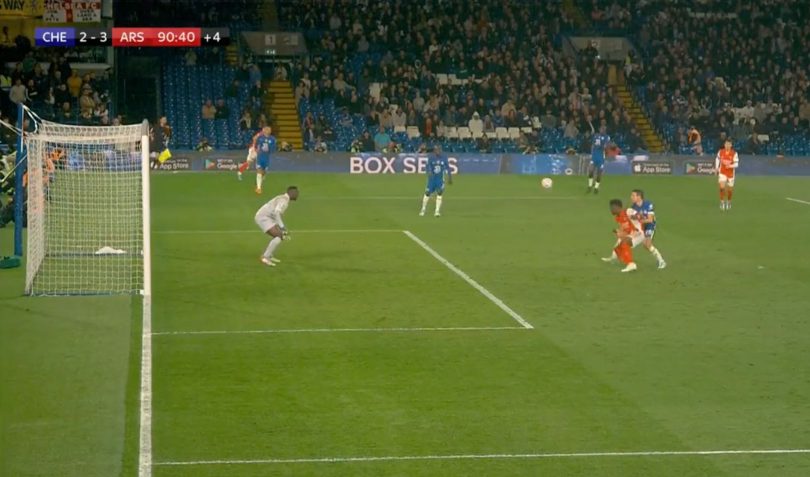 Arsenal scored the three points at Stamford Bridge after a Bukayo Saka penalty gave Arsenal a 4-2 victory over their London rival.

The penalty kick came after a strange decision by Chelsea captain Cesar Azpilicueta, who decided to wrestle Saka in the penalty area while under zero threat from the 20-year-old winger, as Cedric’s ball was not good.

Chelsea were angry at the referee’s decision to punish the penalty. pic.twitter.com/0sUdWUlxES

This resulted in an easy penalty for Arsenal, as the young Englishman confidently stepped up to put it on the right side of the goal, which can be seen below.

Scenes of jubilation for Arsenal, as Saka won 4-2 victory over Chelsea. pic.twitter.com/PS2y7jBYtN

The win puts Arsenal on the same points as Tottenham, but Arsenal remains in fifth place on goal difference.

This has got to be an epic run between the contenders who meet in a massive match on May 12th.