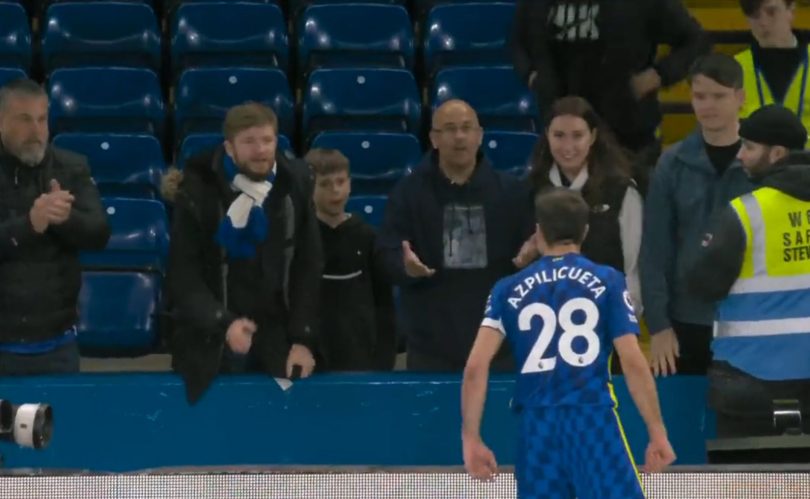 Chelsea suffered a 4-2 defeat against London rivals Arsenal on Wednesday night, a huge result for Arsenal in their quest for a fourth place in the Premier League and to end the last level patch of the blue team.

The match was a very interesting show from both sides, as Chelsea struggled with Arteta’s counter-attacks and conceded some avoidable goals of the night.

The most preventable was the defender’s fourth, as Chelsea captain Azpilicueta made a silly foul on Saka, after a poor ball from Cedric meant the winger was likely not a threat.

The 20-year-old stepped up to clear the ball and confirmed Arsenal’s victory.

After the match, the Chelsea captain appeared to be facing a fan in the stands, who was visibly annoyed by the error. The fan seemed to be telling the defender to show off more of a fight, to which the 32-year-old didn’t respond well.

Although the fourth goal was the Chelsea captain’s fault, the defeat was the result of a team effort and the Blues’ defense did not appear that night. Although fans have a right to discuss their ideas with the players, it seems unfair to single out one person to blame, especially on this occasion.