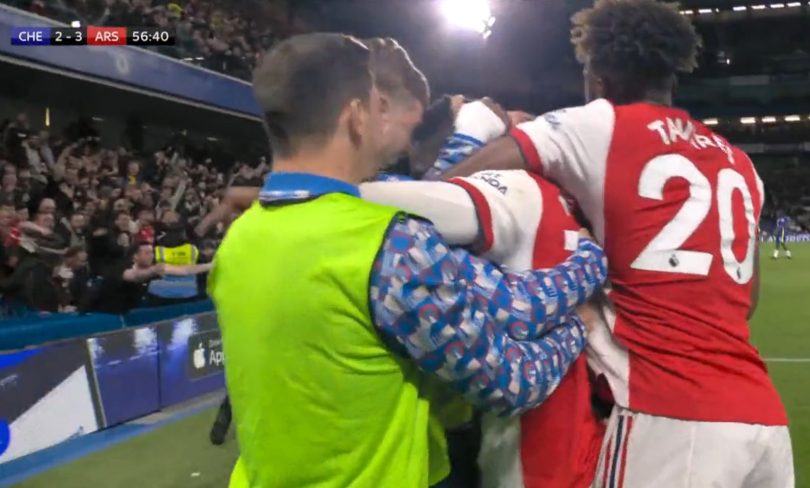 Arsenal are back on top at Stamford Bridge and it is Eddie Nketiah once again who is tormenting Chelsea in this massive match for Arsenal.

The move started after Azpilicueta gave the ball straight to Tavares with a missed pass and then the Arsenal left-back took advantage of that by showing the ball to the England striker.

The striker then took advantage of some defensive weakness before slipping the ball past Mendy into the Chelsea goal to make it 3-2, which can be seen below.

Arsenal in the lead for the third time! pic.twitter.com/vQh2IAGDhJ

Can Arsenal hold on to that lead this time around, as it could be huge for their season?