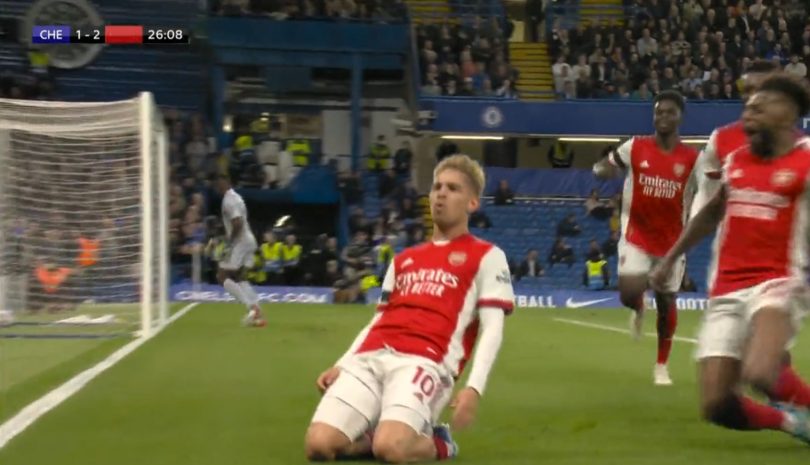 Emile Smith-Roe brought Arsenal back in the lead in what turned out to be a cracking game at Stamford Bridge.

Chelsea were at the helm of Arsenal but the north London side were a threat over the counter.

This move started with Xhaka playing from his chest, which eventually found his way to Saka. Then he found wing Odegaard inside, which he put on Smith-Rowe for a great finish after Mendy, which can be seen below.

Emile Smith Rowe opens the house with a tidy finish. What a game ? pic.twitter.com/49R49xU1pF

That could be a big target for Arsenal in their chase for fourth place, but that’s a long time to keep at Stamford Bridge.