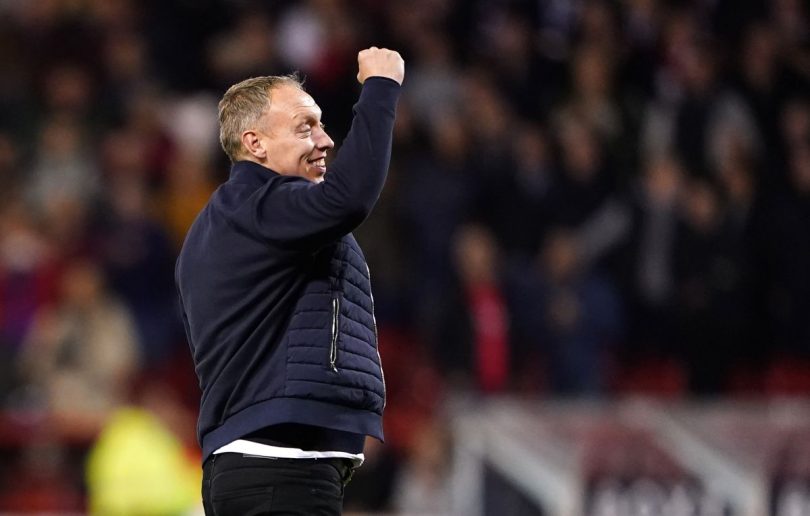 Steve Cooper praised his Nottingham Forest team for rebounding from defeat at Luton with an emphatic 4-0 win over fellow play-off rivals West Brom.

And the Reds boss said full-back Jack Colback had insisted in the dressing room that he intended to fire off the spectacular goal that made it 3-0 just before half-time at the City Ground.

The home team took a dominant position after Darnell Furlong received a second yellow card in just the 17th minute, following a foul on Philip Zinckernagel while handling a James Garner shot in the box.

Brennan Johnson converted the penalty and Ryan Yates added another with a header in the 23rd minute, before Colback fired a spectacular volley from the tightest angle, wide to the left. Sam Surridge completed the scoring in the third minute of added time, as Forest took firmer control of their position in the play-off places.

“Jack said he tried it…great. I’ll let him talk about it. But he was excellent, the man of the match. Jack is not a character who usually craves extra praise. He is a bit of a throwback on that front. I’m not going to argue with him if he said he meant it.

“It’s one of the best goals we’ve seen at the City Ground this season, although we’ve seen some good ones. The fourth goal also seemed good to me… I don’t know how many passes were involved.

“It was a job well done. We just played very well. And what mattered the most… we felt really bad after Friday (when Forest lost 1-0 at Luton) when a lot of the decisions and things didn’t go our way.

“That’s what pleased me the most: our attitude and approach to the game.”

“I’ve seen the penalty incident,” Bruce said. “Furs (Furlong) is on the ground and his head is facing the goal. He hits his arm, yes. You give a penalty, but do you have to get a yellow card? One ejection… then the game evaporates.”

West Brom also felt that a serve decision should have worked in the build-up to the second goal.

He added: “The throw-in debacle was ridiculous, the assistant pointed out that it was our throw-in. The referee annulled it. Then Forest scores from the corner. They are two horrible decisions.”

Substitute Taylor Gardner-Hickman could have gotten into more trouble with the referee after throwing the ball into the crowd, for which he received a yellow card.

“He didn’t mean that,” Bruce said. “If the ball has hit someone in the crowd then we will get in touch. He is a young player who is as genuine as he seems. We will apologize if he hits someone.”