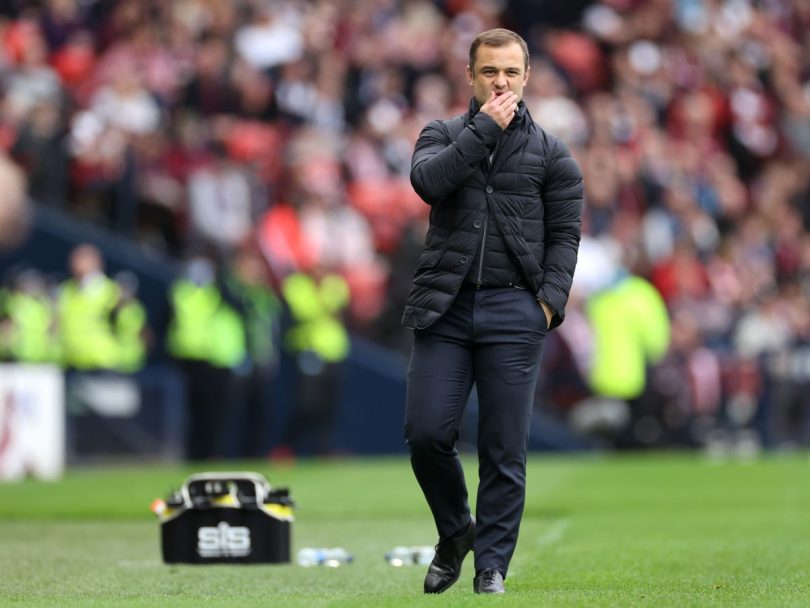 Chairman Ron Gordon said in a statement: “Our hope in appointing Shaun Maloney as a highly regarded young manager was that he would help us move the club forward, but in the end it didn’t work out.

“We thank Shaun and his coaching staff for all their hard work and efforts and wish them all the best for the future.”

The former Celtic and Scotland midfielder left his post as Belgium assistant manager to succeed Jack Ross in December and won his first two games in charge against Aberdeen and Dundee United.

But Hibs have only won one Premiership game in 2022 and a 3-1 league defeat against Hearts the week before the semi-final sent them to a final six.

Maloney has been without a full squad of players at times through illness, injury and suspension, with the club selling Australian winger Martin Boyle at the end of the transfer window.

The 39-year-old claimed at Hampden on Saturday that he knew “exactly” what was needed for his team to compete with Hearts next season.

“I have known for a long time the areas where we need to improve to have a chance to fight for the top six, the top four in Europe. I knew it very early,” he said after his 10-man suffered a 2-1 loss.

“I have worked very hard with the players that we have, young players, but we all have to make sure that in the summer, in the pre-season, we are much stronger in certain areas, so that when we have performances like this, we take advantage.

“The money that we have, we have to spend wisely this summer, and we have to be very, very different at the start of next season.”

Former captain David Gray will take charge of the team for the rest of the season with support from Eddie May and Jon Busch.