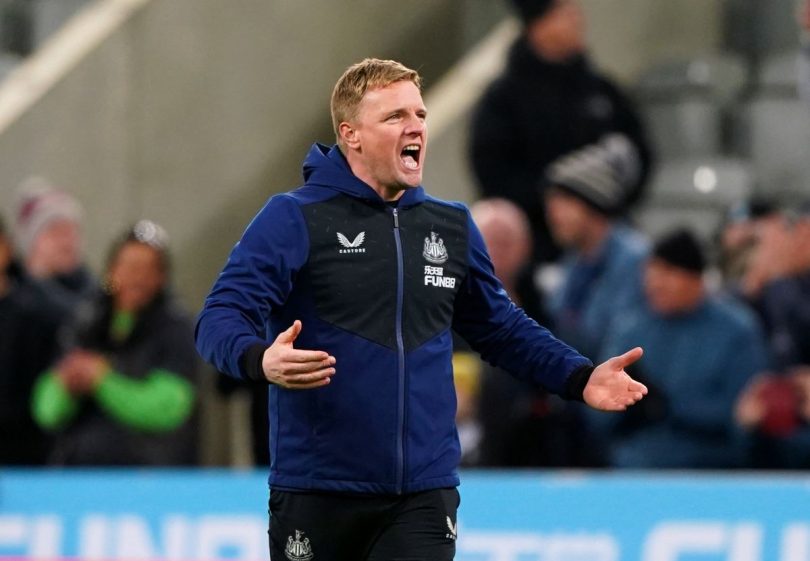 Eddie Howe has admitted that keeping Newcastle in the Premier League would equal everything he has achieved in his career to date.

The 44-year-old guided League Two side Bournemouth to the top flight to make a name for himself as manager but took on a major challenge when the club’s new owners appointed him to replace Steve Bruce as Magpies head coach in November. with the club five points from safety.

Victory over Crystal Palace on Tyneside on Wednesday night would take Newcastle to 40 points, the traditional finish line for those battling relegation, although many believe they are already safe with a 12-point lead over the chasing group. .

Asked where that would classify as an achievement, Howe, who nonetheless still believes there is work to be done, said: “It would be right there, right there.

“I have been very focused week after week and the work is not done yet. I can’t take myself there in terms of looking back and reflecting. It’s hard right now to do that.

“I am very focused on the moment and on the next game knowing that we are still in the middle of the battle that lies ahead.

“You better ask me if and hopefully when we will achieve the goal.”

Barring any hiccups, chiefly a 5-1 thrashing at Tottenham on April 3, the Magpies haven’t looked back since a 1-0 win at Leeds in January sent them to a hot-weather training camp in Saudi Arabia with a positive mood.

Howe said: “At the time it was hard to watch, but looking back now you think it was a potential turning point for us.

“The trip to Arabia was a brilliant thing for the group, and we came back in a much better place, united, ready to start the fight to stay in the division.”

Revealing that the club is closely scrutinizing every detail in areas such as nutrition, sleep and analysis as it charts the way forward, Howe said: “Doing that would be an incredible thing for us to do.

“Doing something related to Sir Bobby Robson’s name and trying to achieve one of his milestones would be brilliant for us.

“Playing at home, as we have always said, is something unique here. It is a privilege to play in the stadium and the atmosphere created by the fans has been fantastic”.