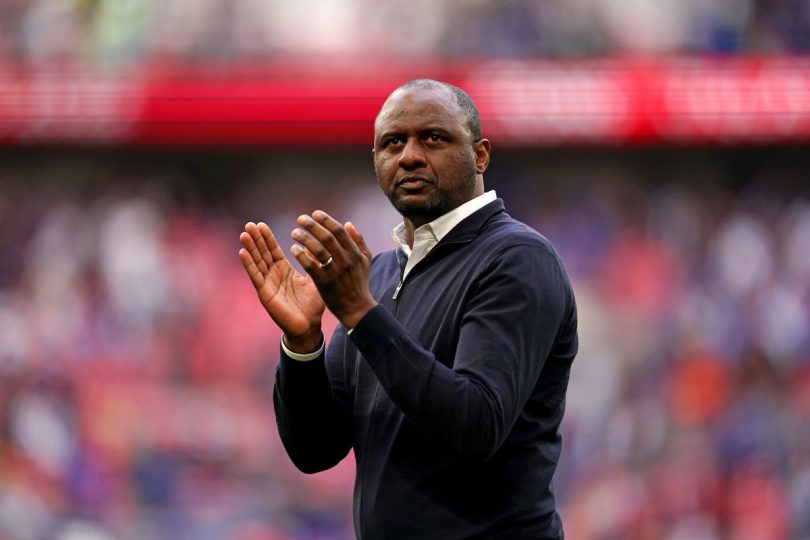 Crystal Palace boss Patrick Vieira insists he will not let his side’s season end after their FA Cup semi-final defeat on Sunday.

The Eagles were beaten 2-0 by Chelsea in the quarter-final clash at Wembley but return to action with a Premier League trip to Newcastle on Wednesday night.

Vieira’s side have little to play for in the league as they have no chance of qualifying for Europe and will not be drawn into a relegation fight.

But the Frenchman believes questions will be asked if his players don’t continue to play at a sufficient level.

“The future is about us, about finishing well in the league,” he said. “How can we continue to improve as a team and do well?”

“We want to focus on the Newcastle game. It’s an important match for us and we want to do well and win. But we have to act first.

“Then we will have time to think about the next season. We want to finish the league as best we can and that is our goal and our focus.

“We have been doing well and I have never said anything about the concentration, determination and work ethic of the players. In the period we are in as a football club, I will learn a lot about the players.

“I will not tolerate lack of focus or hard work.

“It will be important for us to show the character we have. There is a big disappointment after the result (at Wembley), but we don’t have time to feel sorry for ourselves. We have to find the strength and motivation to come back.

“If we don’t do that, there will be some questions. I expect a response from the players and that is something I will focus on a lot.

“As a football club, that is something that has to be consistent.

“We are satisfied with what we have achieved, but we still want to grow as a team and there is still a lot I want from the players until the end of the season.”

Palace may welcome Chelsea loanee Conor Gallagher, who was ineligible on Sunday, but Luka Milivojevic is ruled out with injury.