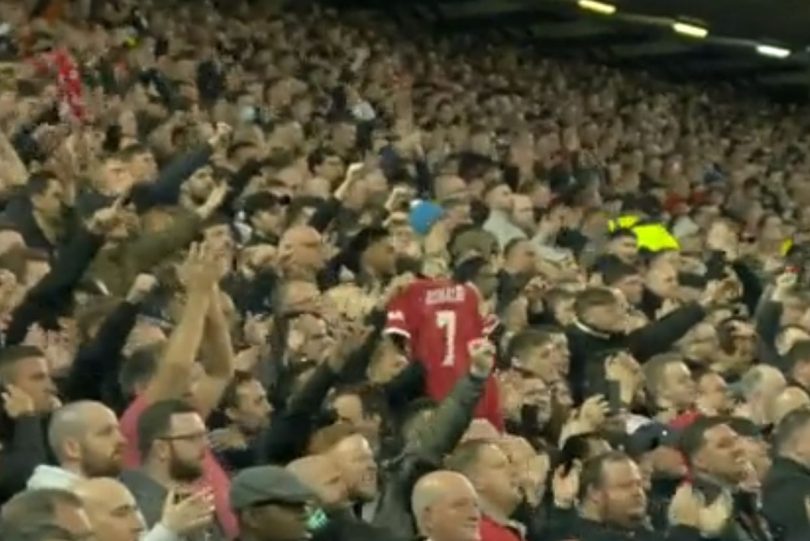 Liverpool and Manchester United fans joined together in the seventh minute to express a warm gesture to Cristiano Ronaldo and his family after the tragic loss of their son.

Ronaldo has devastatingly lost his newborn son in recent days and of course has taken some time away from football after the tragic ordeal.

Liverpool decided to pay tribute to Ronaldo and his family with a minute of applause while singing “You’ll Never Walk Alone”.

A touching tribute and a touch of sophistication in a shocking setting.

The images below are from Sky Sports.