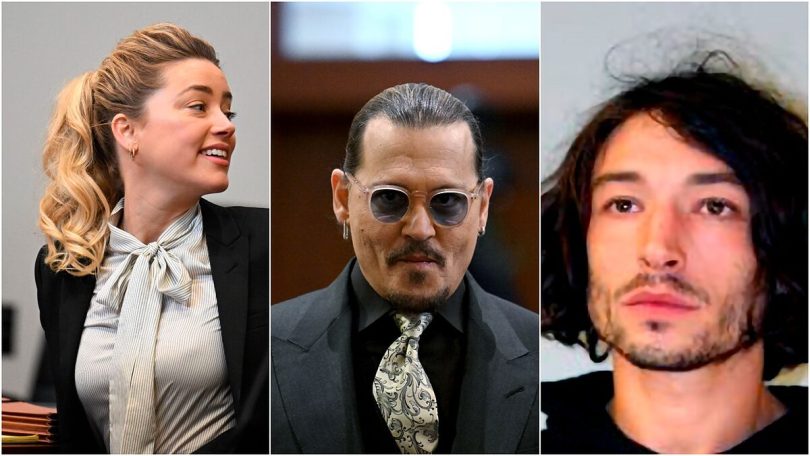 WArner Bros. has made executive mistakes for the better part of the past decade, and they’ve certainly made three mistakes with Amber Heard, Ezra Miller And Johnny Depp. These decisions came when they caught wind of the tiniest hint of bad press arriving towards them before a proper investigation. With Depp, it took some time to terminate his contract when Amber Heard wrote the infamous Washington Post opinion piece. No questions were asked to any of them, pressure was too high from the press and the Me Too movement but Depp has filed a legal claim and is likely to win the trial. WB decided to keep Amber Heard despite all the rumors that she lied about everything about her johnny.

Initially, there were reports that Amber might lose her role as Mera in the ‘Aquaman’ franchise but she has kept her job for now. Depp lost his role as Grindelwald in the “Fantastic Beasts” franchise. Disney immediately dropped Johnny Depp’s contract with the “Pirates of the Caribbean” franchise. If the trial goes Johnny’s way, both companies will have to offer an apology and Deb can even file lawsuits against them. But knowing Johnny, it is possible that he only wants peace and will not seek further confrontation. However, he can easily demand high wages for future projects and get what he asks for.

With Ezra Miller, there are still developments as the actor was arrested for the second time last month. He was held again in Hawaii on Tuesday, an event that could terminate his existing contracts with Warner Bros. Hopefully, the movie studio will make up for their mistakes by offering an apology to Depp and firing both Heard and Miller for their actions. The recent merger with Discovery has brought a lot of new ideas and better decision-making skills. After all, they don’t want to look like the company that keeps the villains in real life and shoots the popular heroes. It’s just bad press for them.