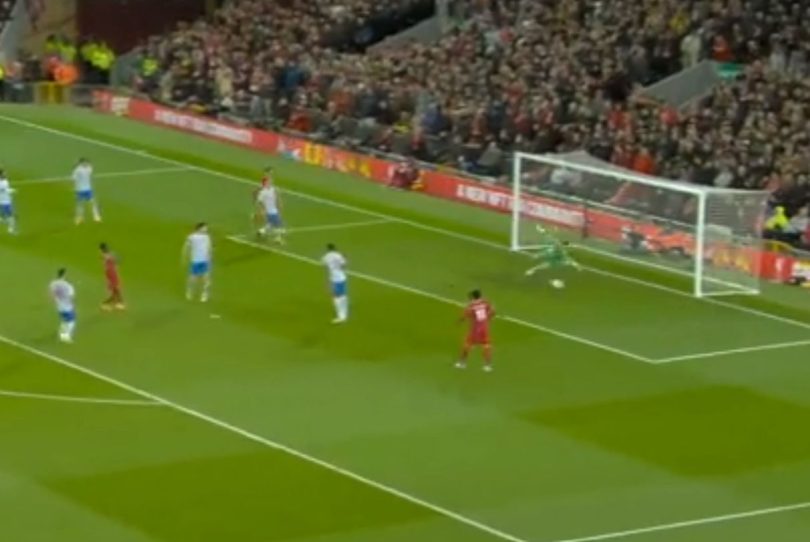 Sadio Mane led a low cross from Luis Diaz into the net to score Liverpool’s third goal against United.

Liverpool counterattack Andy Robertson after he pounced on a poor pass from Victor Lindelof. He drove the Scotsman over the pitch and put it on Diaz who found Mane.

Mane led the ball into the corner with his weaker foot behind David de Gea.

After a slow start in the second half #LFC success #MUFC On the counter and now all three of Jurgen Klopp’s players are at the top of the scoring list! ? #LIVMUN pic.twitter.com/3WMTcrvKqI

The goal expanded Liverpool’s lead to three, with Manchester United not recording a shot until the second half.