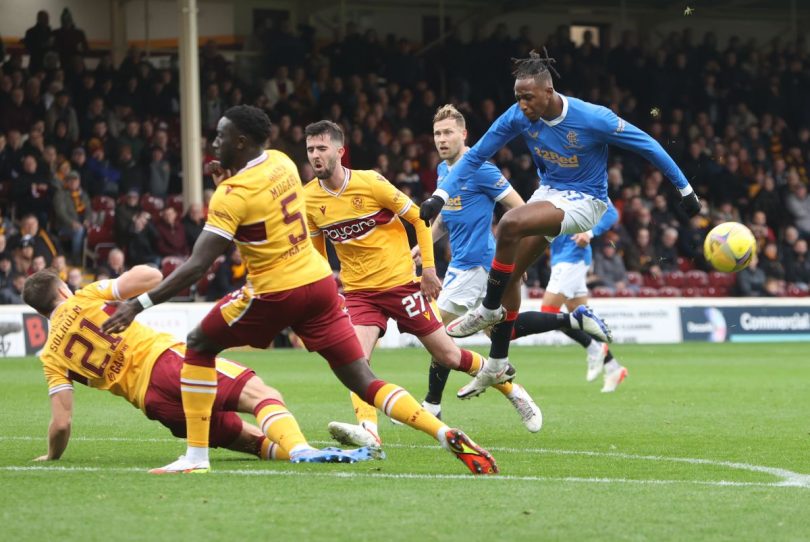 Rangers have managed to move up their trip to Motherwell to give themselves more time to prepare for the Europa League semi-finals.

The Fir Park match was moved to Saturday to give Rangers additional 24-hour recovery time before the first leg of their semi-final against RB Leipzig in Germany on 28 April.

A spokesman for the Scottish Professional Football League said: “We received a request from Rangers to bring forward their match at Motherwell, which was scheduled for Sunday 24 April, to the day before, giving Rangers more time to prepare for their semi-final. of the Europa League. -final against RB Leipzig.

“We are very pleased to be able to accommodate this request and the Motherwell v Rangers game will now be rescheduled for Saturday 23rd April, with a 12 noon kick-off.

“We would like to place on record our sincere thanks to Motherwell FC, Sky Sports and Police Scotland for adjusting to this change, and we wish Rangers the best of luck in their European campaign.”

The game was initially scheduled for Sunday after being picked up for live coverage by Sky Sports, who will go ahead with plans to broadcast the game. Final approval came from the police.

“Based on significant feedback over the years, we believe most of our fans would prefer to watch a game on a Saturday rather than a Sunday, and given that our only other home game after the split was on a Wednesday night , that was at the forefront of our thinking,” he said in a statement.

“In addition, the club believes it is sensible to support all Scottish clubs playing in European matches.

“That said, we would like to sincerely apologize for the time it took to make this call and the subsequent lack of notice of the change, which has been largely out of our control.

“We were initially contacted on Good Friday, but were only given confirmation of the change at 3:10pm today (Tuesday).”

A Rangers statement read: “Rangers would like to place on record their thanks to Motherwell FC, SPFL, Sky Sports and Police Scotland for agreeing to the date change.”