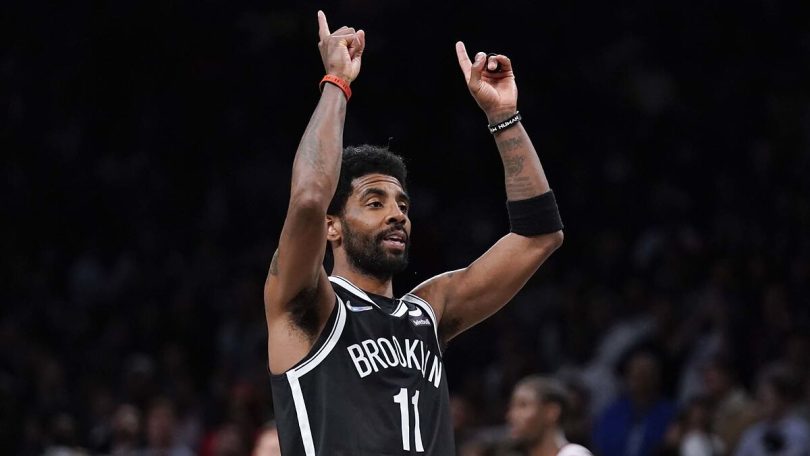 However, this does not give him the right to insult the fans, as he was recorded in a video clip raising his middle fingers behind his head as he prepared to receive the ball.

Then he made sarcastic gestures as well when home fans booed him.

However, the obscenities did not end there, as Irving later took a shot and raised his middle finger into the crowd.

Then, at the conclusion of the duel and as he headed to the locker room one fan shouted “Kyrie, you’re hateful,” to which he replied, “Suck my dick, b—“.

hit in the pocket

In this regard, the National Basketball Association issued a statement stating that, after analyzing the player’s arrogant behavior, he chose to penalize $50,000 for his “obscene gestures and use of profanity towards onlookers.”

Notably, before learning of his sentence, Kyrie Irving explained that his controversial way of responding to boos from a fan base he knew well, having previously played for the Celtics, did not include all of his former team’s fans.

“Not all fans and I don’t want to attack all Boston fans. When people start yelling at you and all that, that’s something you get as a competitive player. We expect us to be calm and humble, but that’s the playoffs, that’s what it is. So, the same energy they send towards me, I will send it to them,” he affirmed.