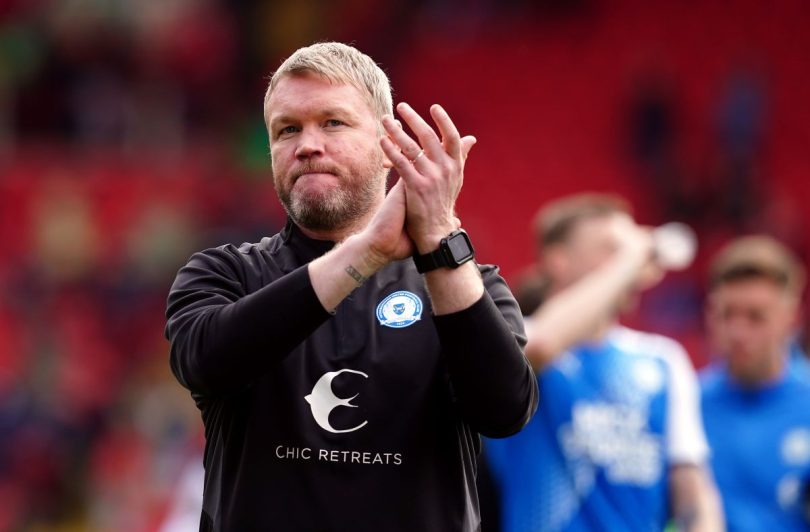 Peterborough manager Grant McCann praised a strong defensive display from his side after Jack Marriott and Frankie Kent secured a vital 2-0 win against fellow Barnsleys.

Marriott put the visitors ahead in the 25th minute with a clinical shot into the roof of the net after receiving a through ball from Sammie Szmodics and Kent secured the points in the 75th minute when he headed in a Harrison Burrows corner.

McCann said: “I’m very happy with our guys. We dug in, stayed strong and defended quite a few balls in our area.

“We weren’t very good on the ball, but I think defensively we were strong when we had to be. I was happy for the goalkeeper and the five from behind. It’s really nice to go out with a clean sheet and three points.

“It’s a good shot from Jack (Marriott) with his left foot. Jack is in good shape and it was a very good ending.”

“It was a good result for us. I don’t think it was the best of the games, to be honest. It was a difficult and tense affair, which I’m sure most people would imagine it would be anyway, given the position of both teams.

Barnsley’s defeat leaves them on the verge of relegation to League One.

Head coach Poya Asbaghi ​​said: “We knew we had to win this game to give ourselves the little chance we still had. The performance itself was better than the result and that’s what disappoints me.

“It’s really hard to handle. Mathematically it is still possible and we will continue to fight and continue to believe in it, but I understand how few percentages there are for us (to support ourselves).

“Even if there is no hope, we owe it to the fans to keep fighting.

“I think the fans understood that the performance itself in terms of creating chances was good enough, but we needed to win, so of course they were really frustrated.

“I’m not going to sit here right now and talk about my future. Of course, I’m going to fight like everyone else. It’s not in my nature to give up anything.”