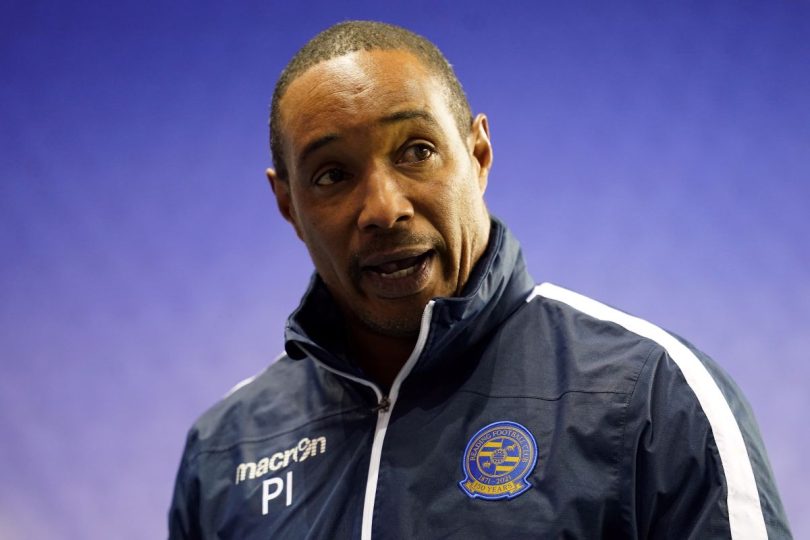 Reading caretaker manager Paul Ince has admitted he got the tactics wrong in the opening stages of the dramatic 4-4 Sky Bet Championship draw at home to Swansea.

Although Reading took an early lead through a Lucas Joao penalty, Swansea hit back to lead 3-1 at half-time.

Goals from Hannes Wolf and Joel Piroe, plus another Piroe penalty, left Reading in a bind.

Michael Obafemi made it 4-1 in the second half, but the hosts made a stirring comeback and picked up a point through efforts by Tom Ince, Joao and defender Tom McIntyre.

“We got off to a great start and got the early penalty,” Ince said. “But then for some reason I think I might have been wrong from a technical point of view.

“We were trying to hang on, trying to cut balls, stuff like that. It was too much and I think the guys took the position too literally.

“But I will raise my hands for that, I totally misunderstood. And before we knew it, we had conceded two goals.

“But the spirit and togetherness of the guys was immense, even down 3-1 at half time.

“Even down 4-1, we got a goal back and there was a sense of trust between the boys and around the stadium.

“When we got the third goal, the game started. It was push, push, push.”

Ince admitted he had sympathy for Derby manager Wayne Rooney, whose team was relegated due to McIntyre’s late leveler.

“What Wayne has shown is that he is more than capable of being a very good manager,” Ince said.

“Coming to this point in the season after a 21-point deduction and being relegated now shows how well he has done.”

Despite the late collapse, mid-table Swansea extended their unbeaten run to seven matches.

“I was really disappointed with that,” Swans head coach Russell Martin said. “I loved us for 60 to 65 minutes. Some of our stuff in the first half was amazing.

“We were facing a team that was fighting for their lives. The goals we scored were of quality, including the penalty for our preparation.

“So for those 60 minutes or so, we were outstanding. He was proud of the players for what they produced.

“But for 25 or 30 minutes, we allowed the game to turn the way we did. The reading threw everything away, took more risks and bet a little more.

“With 4-1 up, we needed more attention to detail, more intensity and more focus.

“But we allowed the game to become a stereotypical championship game. And we’re not very good at it.”