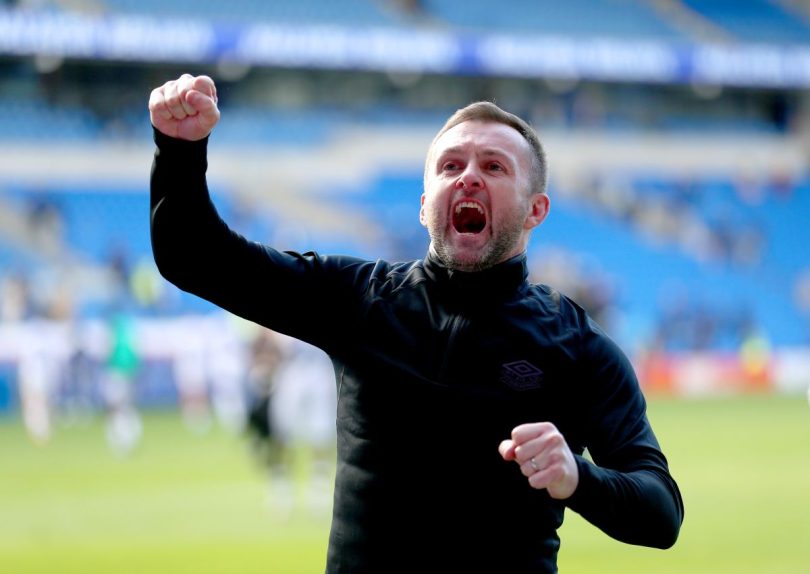 Luton boss Nathan Jones praised match winner Harry Cornick after he came off the bench to score the crucial goal in a 1-0 win at Cardiff.

Jones revealed after the match that he had given Cornick a break after the 1–0 win over Nottingham Forest on Good Friday “because he had been working so hard for such a small reward”.

But he was full of praise for his efforts after coming on for the injured James Bree in the 43rd minute.

Jones said: “It was an amazing header from Harry and I’m really happy for him. We took him out of the game’s starting lineup because he had been working so hard for such a small reward.

“Every time he comes in, he seems to score. Ironically, he scored the winning goal coming off the bench the last time we were in Wales at Swansea and he did exactly the same thing.”

The Hatters finished the game in fourth place and Jones also praised the experienced Robert Snodgrass for his efforts.

It was his precise cross in the 71st minute that led to Cornick’s header for the only goal.

Jones added: “He did the same for us against Millwall. It gives us a wonderful delivery and experience.

“He has never relied on rhythm or athleticism. He’s always been about cunning and cunning and that’s what we needed.

“The games are getting more difficult, not only because they are Championship games but because we are losing players. We have 10 injured players, eight midfielders out and we are patching everything up.

“People have to go through big, big changes. We dug deep, kept a clean sheet and defended our box and then converted one of our chances.”

Cardiff manager Steve Morrison was bitterly disappointed to see his team lose their twelfth home league game of the season and criticized some of their younger players.

He said: “We are driving them every day. We have to drive a lot more than we should, but that’s not going to change until we change the group and get a more balanced group.

“We need more players around him who can push them forward and keep pushing so he doesn’t have to come from staff every day.

“It was very quiet out there; I think you could hear us more than anyone else.

“We just don’t stop giving them information. When there is noise, as I just told you, you have to get up.

“We are going to Bramall Lane at the weekend. That’s not going to be as quiet and we won’t be able to talk to you during the game, so figure it out for yourselves.

“We need to keep pushing them forward and hopefully once we change the group we’ll have to do less of it.”