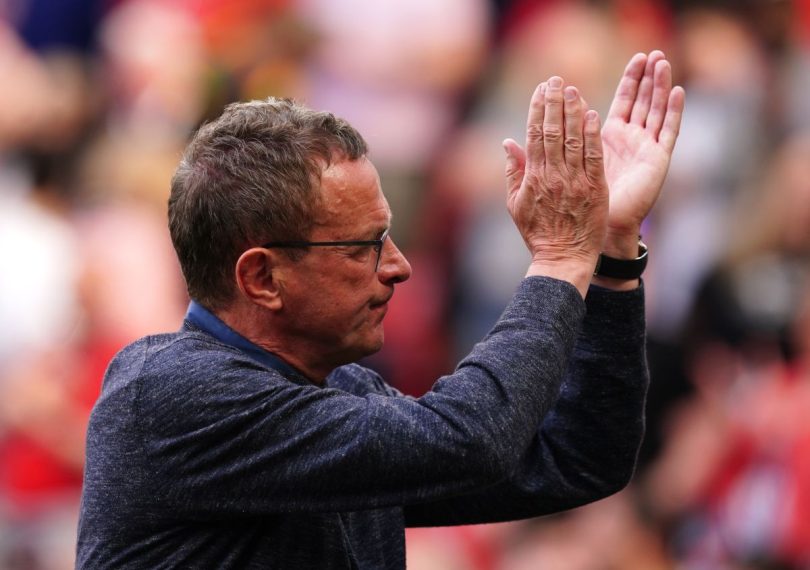 Ralf Rangnick is set to face an “extremely good” Liverpool side with players that Manchester United’s caretaker manager helped his way to the top.

All eyes will be on Anfield when the rivals meet head-to-head on Tuesday night, six months after Jurgen Klopp’s men secured an impressive 5-0 victory at Old Trafford in the reverse encounter.

Naby Keita opened the scoring that day and earlier said Rangnick treated him “like a son” when he brought him to RB Salzburg, and that United’s caretaker boss would also train him at RB Leipzig.

The 63-year-old was also involved in the careers of future Liverpool players Sadio Mane, Ibrahima Konate and Takumi Minamino, having started working as sporting director for the two Red Bull clubs in 2012.

In addition, Rangnick signed Roberto Firmino when he was in charge of Hoffenheim and the impressive centre-back Joel Matip played with him at Schalke.

“They are good, they are extremely good,” Rangnick said of Liverpool. “It is no accident that they are as good as they are.

“Jurgen has built that team over the last six and a half years.

“Six or seven of those players were my/our players when we signed them for our clubs when nobody knew them.

“Again, it is no coincidence that this is probably the club with the highest number of players from our previous clubs because their approach, their style of football, the way they want to play is quite similar.

Rangnick knows that United need to improve their performance after Saturday’s 3-2 blowout win against bottom-of-the-rock Norwich if they are to take anything away from Anfield.

“Of course they will (show their desire to finish in the top four),” he said.

“Of course they also showed today that they were trying to win that match but, like I said, for me it’s a matter of being physical enough in those moments and it wasn’t the first time today, it happened in previous games.

“If I still remember the game in Leeds, where we played at the end with Scotty (McTominay) and Fred, yes, it was a battle and we were up to it in Leeds, but this has to happen more regularly.

“It’s pretty obvious. Even the reason the club contacted me in November was the fact that we conceded too many goals too easily.

“We reduced the number of goals conceded, but the way we defend is still not the standard we need to be a top four club.”