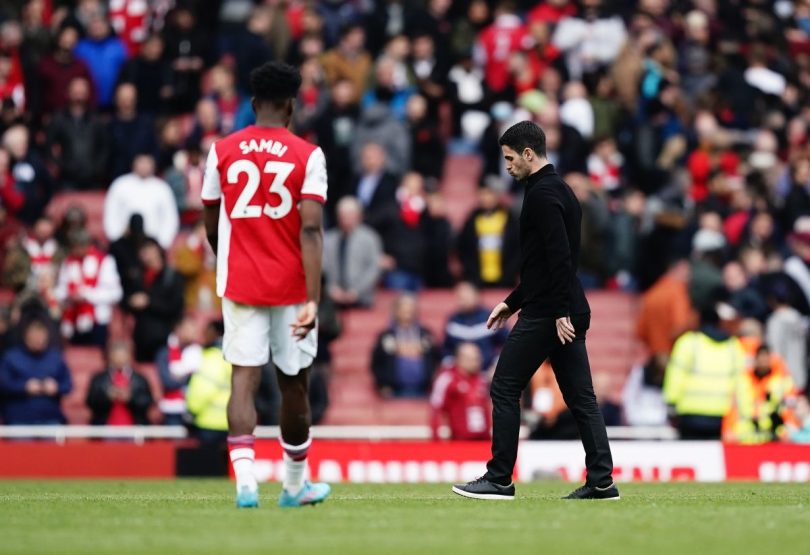 Arsenal manager Mikel Arteta plans to give his young players “all the support in the world” in a bid to revive the club’s faltering quest for Champions League qualification.

The Gunners were favorites to claim fourth place in the Premier League just a month ago before suffering four damaging defeats in five games.

Saturday’s 1-0 loss at Southampton was the third in a row for Arteta’s men as they missed the chance to capitalize on Tottenham’s shock defeat at home to Brighton.

Arsenal, whose starting XI at St Mary’s contained nine players aged 24 and under, have another chance to level on points with Spurs on Wednesday night when they play Chelsea.

While Arteta has been understandably frustrated by the early drop, he intends to maintain an encouraging approach, rather than try to scold his squad back into form.

“We are in the same position we were with one game in hand,” said the Spaniard. “We have to play on Wednesday and we have to pick them up.

“The task is great but the opportunity is also so precious that we all want to do it.

“(I will give them all the support in the world because they need it. They are 19, 20, 21 years old most of them and that is what they need.

“We are what we are but in the end you have to win the games and, if you want to be there, that has to be defined in the pits”.