Home » Matt Targett speaks out over Newcastle future beyond the summer 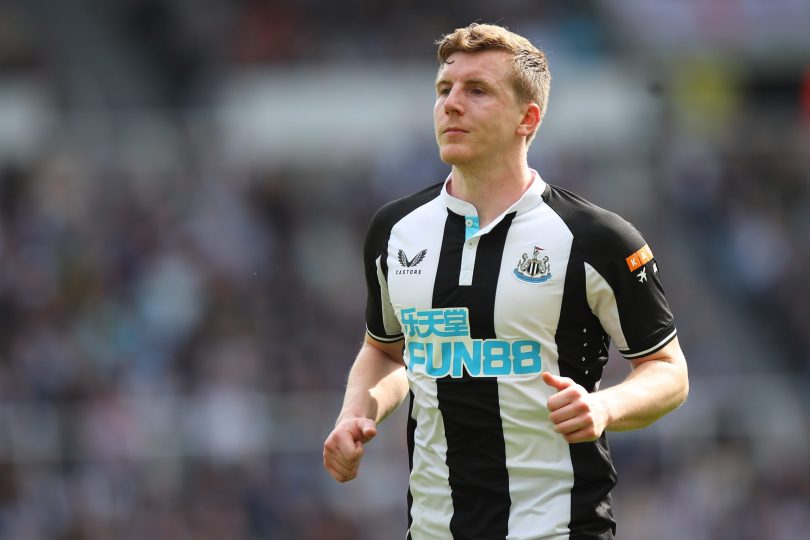 Newcastle United star Matt Targett provided, on Monday, insight into his plans with the club after the summer.

No doubt the news will be met with a collective nod of approval from the Magpies fan base.

Full-back Target, of course, moved to St James’ Park during the January transfer window, and tied for Eddie Howe’s side for the remainder of the season, from Premier League rivals Aston Villa.

Since then, the 26-year-old has continued to establish himself as a key figure in the club’s defense, entering the left-back position with minimal fuss on his way to seeing the full 90 minutes in ten of the club’s last 11 games.

In turn, while speaking during an interview with Chronicle Live on Monday, Targett was inevitably drawn to his post-summer future.

This comes with Newcastle’s current suspension terms set to expire when the campaign ends.

Despite this, Target himself is still fully hopeful of a deal to make his move to Tyneside definitive between the respective boards of Villa Park and St James, with the former Southampton man ‘loving’ life in Newcastle colours:

“I’m sure and I hope they can arrange something for me. It’s definitely (decision time) approaching, so at the moment I’m really enjoying my time here and I love playing in front of Jordi’s fans here.”

🚨 huge positive for #nufc fans #nufc The loanee ‘hopes’ to stay at St James’ Park next season with his future acceptance https://t.co/NVYEMgHmhS

Target’s comments about his future, of course, come from behind the stopper who played a significant role in another Newcastle victory just over 24 hours ago.

After welcoming Leicester City to Tyneside to face the Premier League, Magpies appeared on the right side of the score 2-1 thanks to a brace, including the next winner at the last minute, from Bruno Guimarães:

Bruno Guimarães gets 2pm and is guaranteed the win # NUFC 👀 pic.twitter.com/CDzpiD0udz