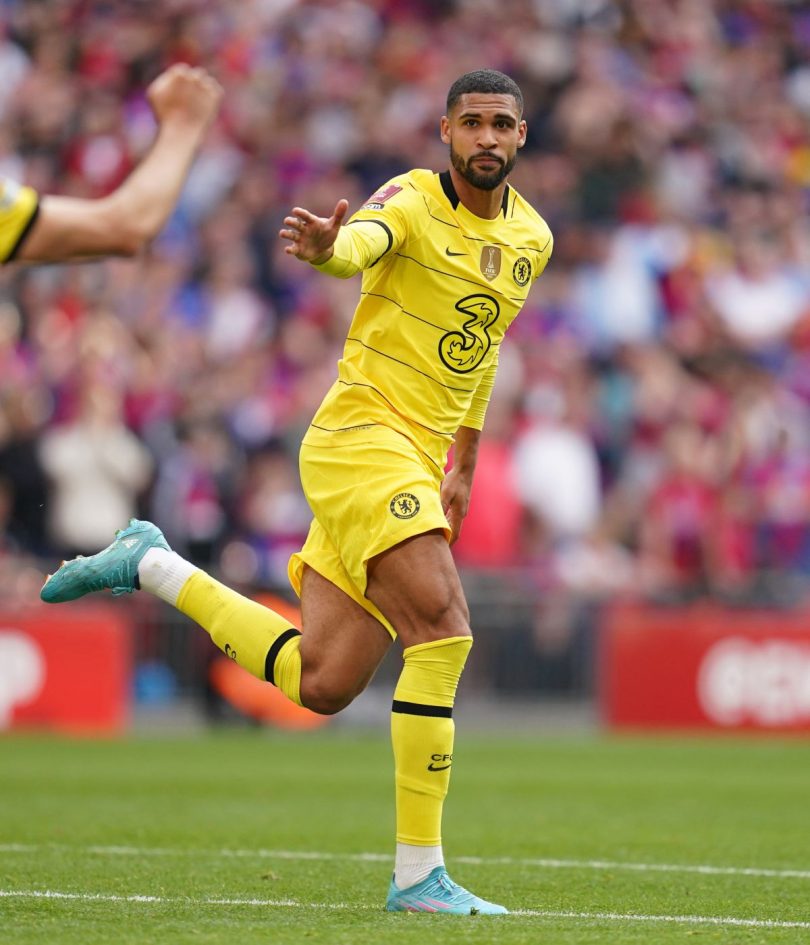 Ruben Loftus-Cheek capped off his impressive comeback with Chelsea’s first goal since May 2019 as the Blues defeated Crystal Palace 2-0 to reach their third successive FA Cup final.

Loftus-Cheek’s lightning finish pulled the Blues out of a sluggish performance and carried them to a 16th FA Cup final, with Mason Mount’s angled effort sealing the deal.

England midfielder Loftus-Cheek spent the 2017-18 season on loan with the Eagles, even making it to the World Cup after his campaign at Selhurst Park.

But the 26-year-old showed no divided loyalty in leaving his old team out of England’s premier cup competition.

Loftus-Cheek’s first goal for Chelsea since a 1-1 Europa League draw with Eintracht Frankfurt on 9 May 2019 propelled the Blues past their obvious weariness and into another final.

Chelsea relinquished its Champions League crown despite beating Real Madrid 3-2 at the Estadio Bernabéu on Tuesday night, only exiting the European stage 5-4 on aggregate and after extra time.

That fourth extra period in a tough season had an obvious effect, as Chelsea struggled to get their usual straps on against Patrick Vieira’s well-organized and talented Eagles.

However, just as Vieira’s men began to threaten to spring a surprise, Loftus-Cheek appeared with a mighty blow.

Chelsea’s nerves finally calmed down, Mount quickly latching on to Timo Werner’s inside ball and scoring to kill the contest.

Loftus-Cheek excelled in a hybrid role mixing right back and midfield in Chelsea’s 6-0 thrashing of Southampton and that glorious win in Madrid.

But at Wembley, the Chelsea academy graduate was forced into defensive midfield after Mateo Kovacic suffered an ankle problem in early exchanges.

And this opportunistic finish showed another side of his talent, for a man who suffered a nasty torn Achilles tendon in a friendly match at the New England Revolution in Boston on May 16, 2019.

Loftus-Cheek just started this season making a full recovery after surgery to repair that Achilles tendon and subsequent back problems.

His decisive strike here, therefore, certainly deserves to be seen as a major turning point in his career at Stamford Bridge.

Chelsea’s midweek exploits clearly took a toll on the sluggish Blues, who couldn’t control the tempo or pace in a choppy first half.

The Eagles even had the best chance of the half, when Cheikhou Kouyate’s volley forced Edouard Mendy to make a great save.

Joachim Andersen hit a post on the rebound but was clearly offside in any case.

Kai Havertz was booked for a blatant dive at the low point of Chelsea’s half, the German striker going down waiting for a challenge from Marc Guehi that never came.

Werner should have opened the second half with at least one shot on goal, but Kouyate pulled him out hard when he sent him on goal with a quick pass from Loftus-Cheek.

However, Chelsea were unable to take advantage of that opportunity and Kouyate headed a corner into the wrong side of the post after Wilfried Zaha turned Andreas Christensen around.

The Blues had to come up with something out of nowhere, and Loftus-Cheek’s thunderous punch certainly came out of very little.

Tyrick Mitchell was robbed deep in his own half and Chelsea refused to waste that gift of possession.

His exuberant celebrations as he punched the air and dived off the ground displayed both relief and exhilaration.

Mount quickly doubled Chelsea’s lead with a fine angled shot into the corner of the net to kill the tie and cement the Blues’ path to another FA Cup final.

Substitute striker Romelu Lukaku hit a post from Werner at point-blank range, but at the time the miss didn’t matter.