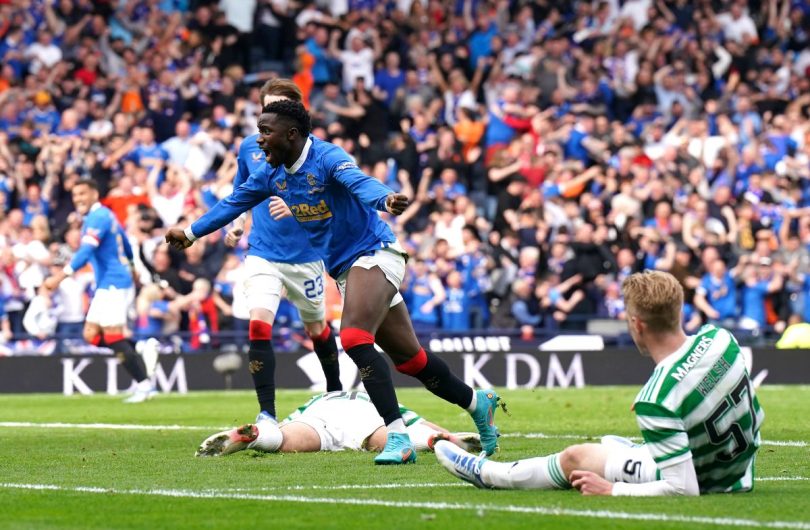 In the 114th minute of a thrilling semi-final at Hampden Park, after Gers’ substitute Scott Arfield had canceled out Greg Taylor’s first goal of the second half, Ibrox defender Calvin Bassey received a pass from Ryan Kent for left and shot the ball on goal.

Ibrox sub Sakala, who replaced Kemar Roofe in the 108th minute, slipped in alongside Celtic defender Carl Starfelt and it looked like the Hoops player had scored an own goal, as Rangers secured a dramatic win and set up the final. . meeting with Hearts next month.

Asked if that was his goal, the Zambian international said: “Yes, that’s my goal.

“I had the last touch.

“There was a little misunderstanding, I didn’t know what to do, all the players were running in different directions. But after a minute we all came back together.

“It was a brilliant feeling to finally get the win. We have had disappointing results in the last two games against Celtic.

“I am happy and very proud of the team for what we have achieved.

“The most important thing was the victory, it means a lot to us.

“It was beautiful at the end to share the moment with the fans.

“We always try to give something back to them because they are always there for us, even in the bad times.

“We really wanted to give them the win.”

He said: “We had a match against Braga three days ago and another 120 minutes here.

“We didn’t have time to rest, but we were still going strong.”