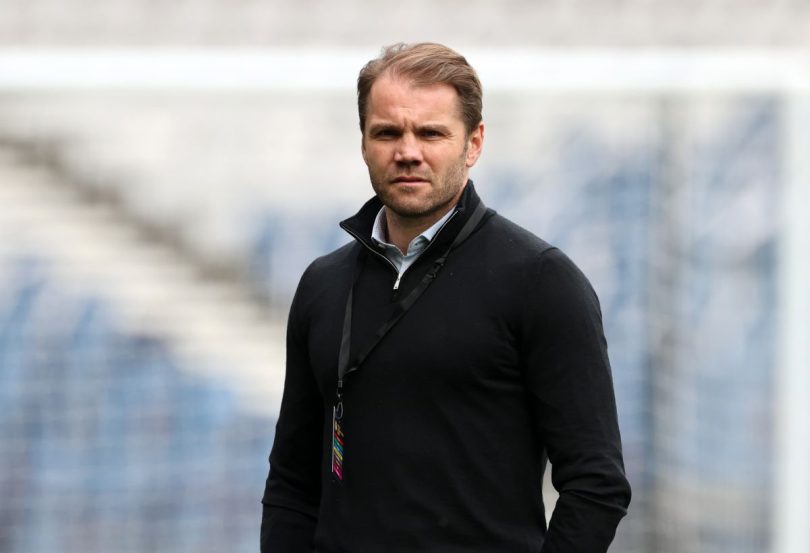 Robbie Neilson paid tribute to Hearts fans after they led the Jambos to a 2-1 Scottish Cup semi-final victory over Hibernian at Hampden Park on Saturday.

The former Gorgie defender returned to Tynecastle for his second spell as boss in June 2020, after the Edinburgh club were controversially relegated to the Scottish Championship when the 2019-20 season was cut short due to Covid-19.

Hearts returned to the top flight as champions at the end of last season and, having secured a third-place finish, are now 90 minutes away from achieving their first Scottish Cup final victory since 2012.

Neilson reflected on the club’s recent journey, telling HeartsTV: “We had the low of being demoted and the frustration of that and being told to stop training, not knowing what league we were in, trying to recruit players and we couldn’t.” put them

“We are sitting here third in the league, guaranteed European football in the group stage next season with a Scottish Cup final in sight.

“It all comes down to the support of the fans.

“The Hearts Foundation are the ones who have made this happen, putting their money in week after week, month after month and 22,000 people going to Hampden on Saturday. If we didn’t have that, we wouldn’t have this.

“So it’s really important and I tell the players all the time that, yes, it’s about medals and winning things, but it’s about giving it back to the fans and saying we’ll send them down the road happy. ”

Hearts had comfortably beaten their Edinburgh rivals 3-1 in the cinch Premiership at Tynecastle last week, but Saturday was a different proposition.

Hibs midfielder Joe Newell was sent off in the 64th minute by referee John Beaton for receiving a second yellow card for a foul on Peter Haring.

Although Shaun Maloney’s side continued to push valiantly for a leveller, Hearts held on to reach their third Scottish Cup final in four years and ensure they were in some form of European football until next season’s Christmas.

Neilson added: “I was absolutely delighted.

“It was a really tough match. Apart from the first 20 minutes, we didn’t play at the level we’ve done this season and it ended up being a real grind at the end to get through.

“But derbies are like that, especially semi-final derbies… the fan support was absolutely phenomenal, with 22,000 fans absolutely rocking at the end.

“We sent them out on the road happy, we’ve had back-to-back derby wins and now we’re in the final.”