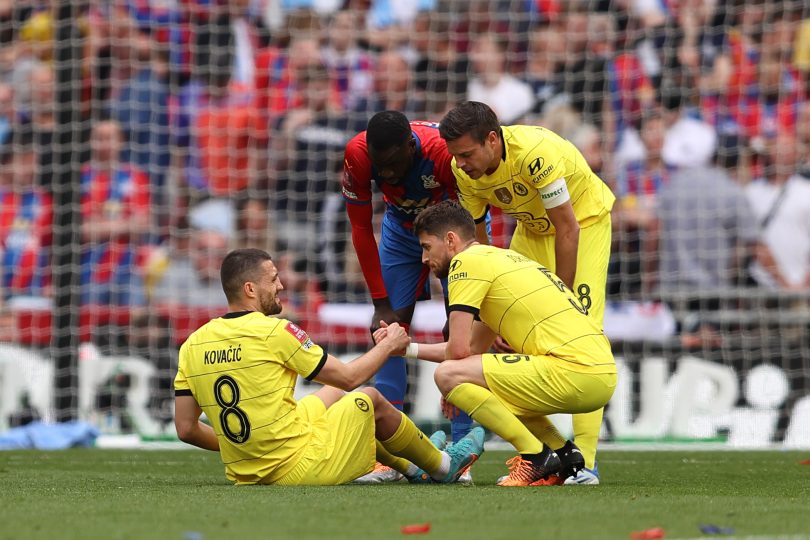 On Sunday, Chelsea coach Thomas Tuchel provided an update on the well-being of Mateo Kovacic, against the background of the club’s meeting with Crystal Palace.

Croatia international Kovacic got his last start this evening, as Chelsea set their sights on the FA Cup Final.

Unfortunately for the club and players alike, the former Real Madrid player only lasted 25 minutes, before having to walk away with an unspecified injury issue.

Mateo Kovacic was replaced by Ruben Loftus-Cheek as we forced an early change.

Speaking against the backdrop of the event at Wembley coming to a close, Tuchel was inevitably asked to update Kovacic’s condition.

This comes with the Blues preparing to return to the stadiums in just three days, when they welcome capital opponents Arsenal at Stamford Bridge to face the English Premier League.

However, if initial impressions should pass, it is quite unlikely that Kovacic would be in any condition to appear, with the Croatian ankle problem “not looking good”:

Tuchel on Kovacic’s injury: “He has pain and a swollen ankle. It’s a huge ankle now. It doesn’t look good but let’s wait for the examination.” #CFC #FA cup

Climb between the goals

Aside from the fitness issues the midfielders are facing, of course he proved to be positive work on Sunday’s Chelsea evening.

It comes with retirees, just days after being sent out of the Champions League by Spanish giants Real Madrid, having bounced back thanks to a 2-0 victory.