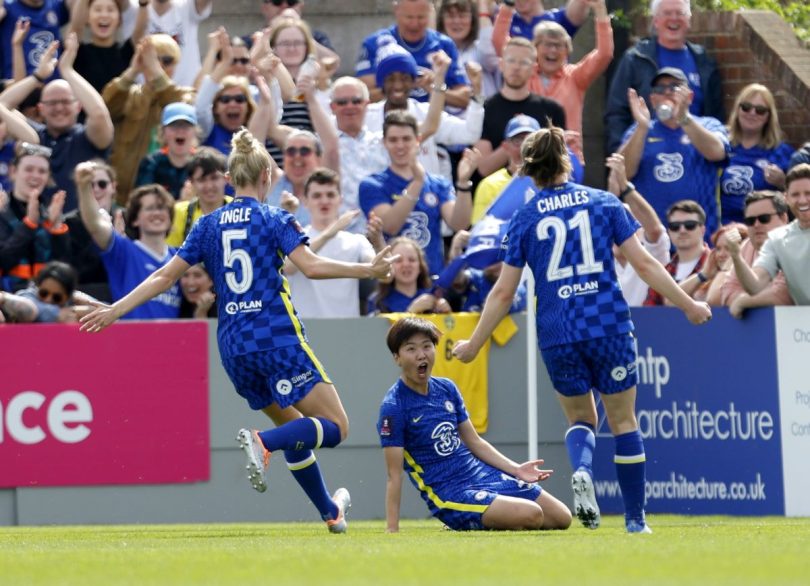 Chelsea, who defeated London rival Arsenal 3-0 in the final last season, were arguably second best in the first half before sealing a return to Wembley to face Manchester City on May 15.

Norwegian midfielder Reiten broke the tie early in the second half with a great curling effort and South Korea’s Ji scored a second hit 11 minutes later.

Just one point separates Chelsea and Arsenal at the top of the Women’s Super League and there was little to choose between the two teams at Boreham Wood’s Meadow Park before Reiten’s opener.

Arsenal striker Beth Mead came within inches of giving her team the lead moments before Reiten struck, but it was all in one direction from then on.

The Gunners started at a blistering pace and dominated the early stages, but it was 20 minutes before their first serious goal attempt when Vivianne Miedema fired over the crossbar.

Erin Cuthbert was the first to threaten for Chelsea five minutes later, but her shot deflected from long range was comfortably contained by goalkeeper Manuela Zinsberger.

The fluid football gave way to tense and nervous exchanges in the first half and, as Chelsea grew in the game, both sides were restricted to half chances.

The tie came to life after the restart. Mead lobbed an agonizingly wide angled shot for Arsenal after an excellent spin into the box, but Chelsea snatched the lead from him moments later.

The Arsenal defenders fell back, allowing Reiten too much time and space to plant a brilliant strike from 25 yards past Zinsberger in the 50th minute.

Beth England came close to scoring Chelsea’s second, but Zinsberger made an excellent save to avoid the striker’s shot under pressure.

But Chelsea felt that a nervous Arsenal defense was there for the taking and went up 2-0 in the 61st minute thanks to a brilliant goal from Ji.

Sam Kerr raced a diagonal pass into the box and when a clearance attempt hit Ji on the edge of the box, the South Korean midfielder fended off a challenge and slammed an unstoppable shot into the top corner.

It was all Chelsea like Arsenal tired. England made another effort, while Blues goalkeeper Ann-Katrin Berger was forced to make her first save of the match when she denied Mead in a heads-up match in the closing stages.