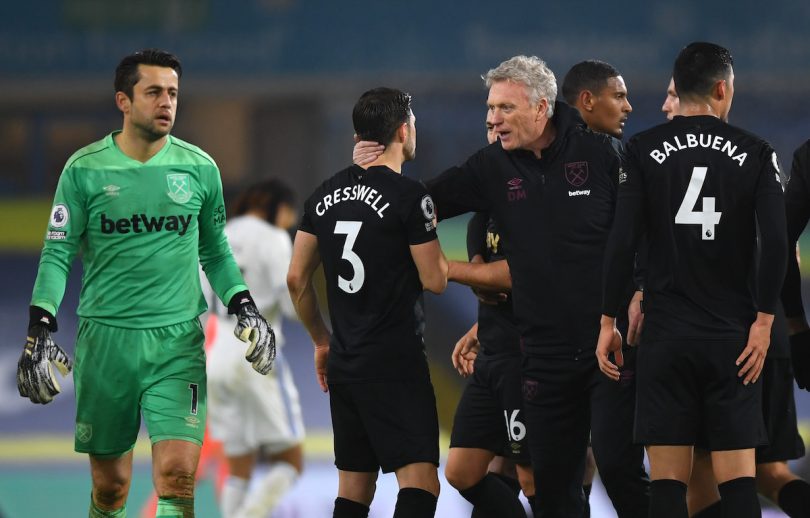 West Ham could be ready to see one of their most important players leave this summer.

That’s according to a recent report from The Sun, who believes defender Aaron Cresswell has purchased a new home in Merseyside.

Cresswell, 32, was born in Liverpool and began his career with the Reds Youth Academy.

However, after failing to stay in the Reds books, Cresswell chose to start his professional career with Tranmere Rovers before joining Ipswich in 2011 where he played for three years before joining West Ham.

The past eight years have seen the England full-back appear in purple and blue and after the arrival of David Moyes in 2017, Cresswell has become an important figure.

However, with his deal expiring at the end of next season and no signs, yet, of a renewal, this summer could see the Hammers looking to cash in.

The Sun Report says: “Criswell is happy to stay at West Ham but knows he will be coming home at some point and may find a move to a local club this summer.”

Therefore, should the 32-year-old choose to leave the country’s capital, West Ham, who are not blessed with a left-back, will likely look to sign a replacement.