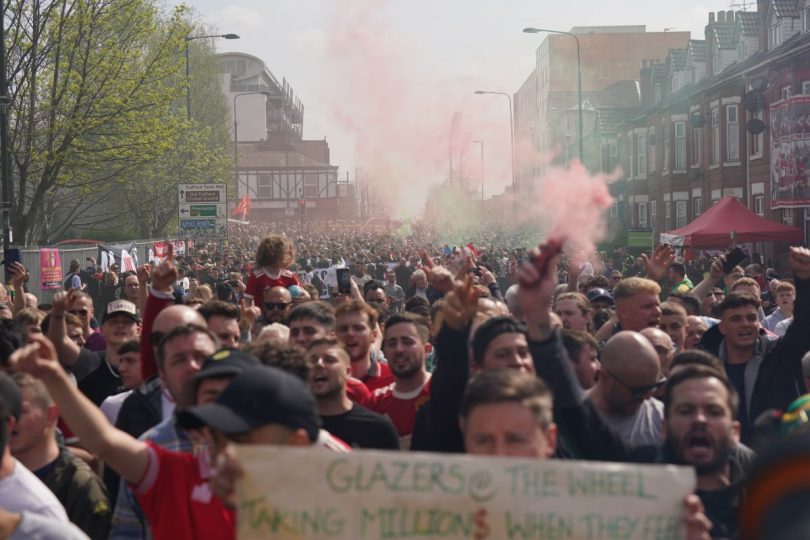 A newly formed group of supporters called The 1958 organized a protest that began at Tollgate in Stretford before marching to Old Trafford, with numbers running into the thousands outside the stadium.

Sparklers filled the air, as did constant chants about the Glazer family in the Munich tunnel, where the entrances were locked and police stood guard outside the gated directors’ entrance.

There were yellow and green scarves galore, as well as banners in the same colours, including one that read ‘Glazers and Woodward out’, with the latter’s name crossed out after Ed Woodward left in February.

Police spotters and horses lined up outside the East Stand and fans chanted “I love United, stay out” as The 1958 said fans should not take their seats before the 17th minute, one minute for every year owned by the Glazers.

There were more empty seats than usual at kick-off, but Old Trafford still looked full enough.

Cristiano Ronaldo opened the scoring inside seven minutes against Norwich, but those on the pitch made their anger at the Glazer family clear as they chanted against the owners.

A small number of fans also turned out at United’s training ground on Friday to make their anti-Glazer sentiments known before they were rounded up by police.